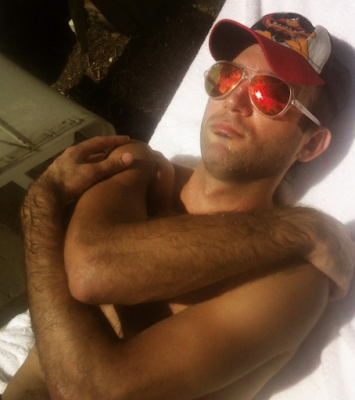 I was finally putting my Sufjan Stevens holiday records away the other day when I had the thought that we're well past overdue some new Sufjan music -- I mean he did just put out his ballet slash piano album The Decalogue back in October but that wasn't really new music; not to someone who'd seen that ballet ages back anyway. He's dropped a song here and there -- obviously we include his Call Me By Your Name gems among this -- but his full and last proper album, the masterpiece that is Carrie & Lowell, is a full five years old now. Anyway I was thinking to myself "New Sufjan, please" and suddenly the Universe, i.e. Sufjan Himself, answered. 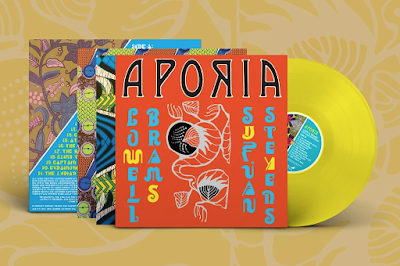 After posting a cryptic gif yesterday he's now gone and announced a new album called Aporia. There is a catch though -- it's an album he's done with his step-dad (aka the "Lowell" of his last album's title) of, wait for it, New Age Music. Oh Sufjan. What are you doing to me? Here's the description off his website:

"Aporia is a New Age album from Sufjan Stevens and his step-father and record label co-owner, Lowell Brams. The 21 songs on Aporia are tightly crafted, resonating with a gem-like intensity, made in the spirit of the New Age composers who sanded off the edges of their synths’ sawtooth waves. Aporia approximates a rich soundtrack from an imagined sci-fi epic brimming with moody, hooky, gauzy synthesizer soundscapes, suggesting the progeny of a John Carpenter, Wendy Carlos, and Mike Oldfield marriage -- but it stands apart from these touchstones and generates a meditative universe all its own. "


I haven't listened to the so-called "teaser trailer" for the album (see that below) yet so I don't know what to expect; I just know I'll be there the second it's out on March 27th trying to make sense of Sufjan's nonsense and loving every semi-befuddled second of it. You can already pre-order the album digitally on Amazon or head to Asthmatic Kitty for the fancy LP editions.
.
.
Who? Jason Adams When? 10:59 AM

Labels: Call Me By Your Name, gratuitous, Sufjan Stevens, trailers