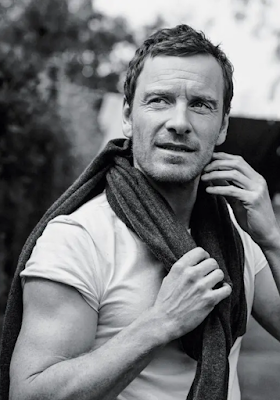 I keep forgetting that my honey pie Elisabeth Moss is in Taika Waititi's forthcoming soccer comedy Next Goal Wins with my other honey pie Michael Fassbender, but she is, and during a chat about this week's Moss vehicle The Invisible Man the subject came up and she had this to say about her upcoming co-star:

"First of all, the man is so good at improv and I had no idea! I think of him as a very serious actor, but that man is hilarious. I was shocked, honestly, and I think people are gonna be really bowled over by him, because he is really funny and his ability to improv is absolutely remarkable. I've always been impressed by him as a dramatic actor, and I saw this whole new side which was really cool."


Along with that comic karate flick Kung Fury 2 that he's doing it seems that Fassy took a break in order to refocus his career on not being the Shame guy, peeing on screen while crying with a bloody nose or whatever, which is probably good for him, mentally-speaking. We like that. I mean he can still pee on screen as far as I'm concerned, but maybe he can smile while he does it now? Everybody wins. (See some photos of Fassy on the set of Next Goal Wins here and especially here.)
.
Who? Jason Adams When? 10:53 AM