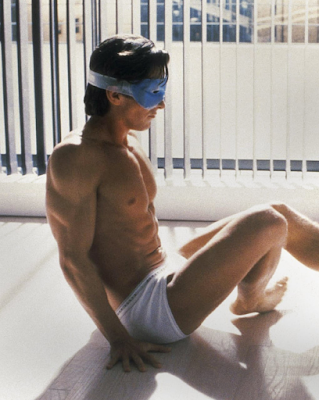 As I mentioned earlier there wasn't a lot that stuck in my craw during last night's Oscars, since they got a lot right -- or you know, right with the limited options they had presented themselves with, nomination-wise, anyway. But there was one big thing I found myself annoyed about, and that was the way they used costumes from both Midsommar and Us as dancing props for the opening musical number even though neither of those movies got nominated. If you follow me on Twitter you saw this happen in real time:
.

.
Wow -- riveting Twitter feed, Jason. Anyway I turned that tweet into action and today over at The Film Experience I wrote a little bit about the Oscars' truly lackluster history with the genre's endlessly iconic costuming. When I really started thinking about all of the egregious oversights over the years it really piled up! Even just this past year there are two hands worth of examples!

I know it's just one of many, many examples of the Academy hardly ever allowing themselves outside of the box, but it seems like all we ever talk about with regards to that are the bigger categories when, if you dive into the smaller crafts that make up our shared movie history, you see it's just as infuriating. As much as I loved Greta Gerwig's Little Women -- and I deeply deeply did -- who's going to remember anything Florence Pugh wore in that movie more than they'll remember her day-mare floral May Queen extravaganza?