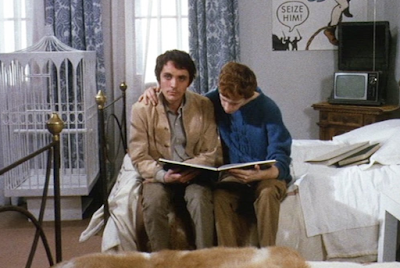 Pietro, the son: No one must realize that the artist is worthless, that he's an abnormal, inferior being, squirming and slithering like a worm to survive. No one must ever witness his lapses into clumsy artlessness. Everything must appear perfect, based on unknown and hence unquestionable rules. Like a madman.

I told you about Criterion's gorgeous new blu-ray of this Pasolini classic -- about a question mark of a young man (played by Terence Stamp at his crotchiest) who slips into a bourgeoise family of four, a father and a mother and a son and a daughter (as well as their housekeeper), and immediately proceeds to fuck them all into madness -- back in November when it was announced; well the disc it out tomorrow, so this is a reminder. I re-watched the film over the weekend and the new 4K restoration is indeed eye-popping, but this is such an easy film to get lost in; every time I watch it I fall right under its spell. 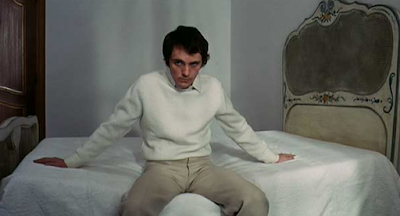 ... Stamp's character, only known as The Visitor, compels all of these guilty-feeling rich folk to spill all of their deepest darkest desires and fears to him through by his merely existing, and when he eventually leaves he sends them all spiraling off into their separate fates. 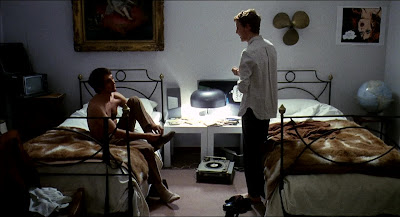 Pietro, the son, becomes the artist he fears, no doubt inspired by his time spent erotically flipping through Francis Bacon pages with Terence Stamp, even though as you can tell by his quote up top the transformation is one of anxiety, not freedom. I have a feeling that Pasolini felt the closest to Pietro's story. The father's dissolution (our fave Massimo Girotti) post-Visitor is also pretty wild... 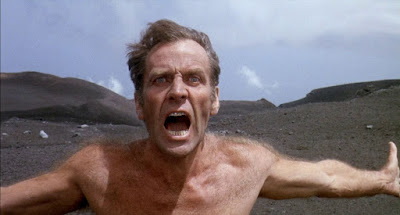