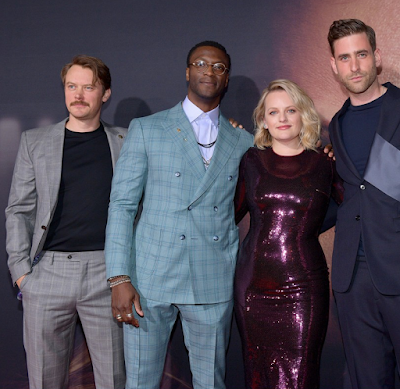 One of the pleasant surprises of the many pleasant surprises contained in Leigh Whannell's terrific new Invisible Man movie out this weekend -- here's my review -- is the sheer bulk of man-candy on display opposite the ever-awesome Elisabeth Moss. Longtime MNPP love Oliver Jackson-Cohen is the titular villain of course, but there's also his brother played by New Zealand actor Michael Dorman (seen above rocking the stache) and of course Aldis Hodge, who's real close to becoming our 2020 everything. 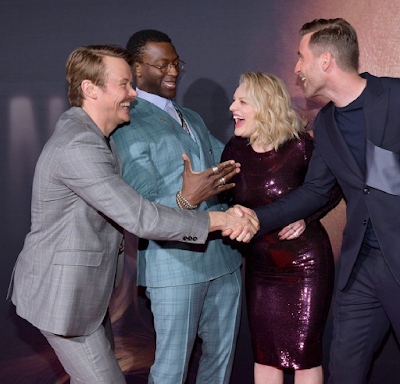 It's a good crowd! That said (spoiler alert, I suppose) no, sadly nobody takes their clothes off in the film -- the writers went and found an annoying work-around for the usual strip naked for invisibility science...

... that we always look forward to with these flicks. How dare they! This doubting of science needs to be stopped already! It's gone mad! Anyway if Leigh Whannell isn't going to do it for us... 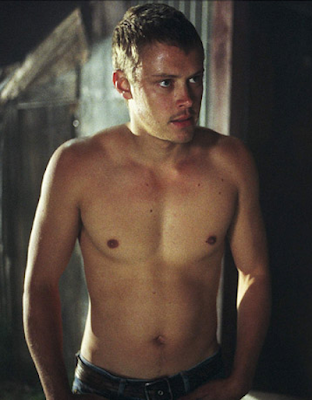 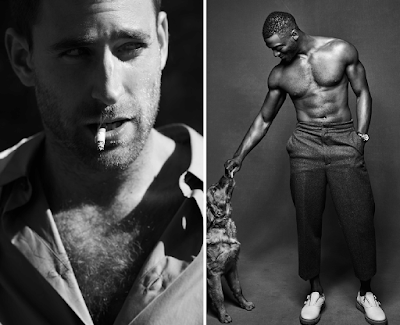 ... are Oliver and Aldis. Now it's your turn: take to the comments and tell me which of these actors you'd have a single night of slippery invisible sex with, which of these actors you'd vanish into nothingness, and which you'd slip into eternal invisible matrimony beside. Answer in the comments!!! And here's a bonus question just for fun since today while looking him up I found the picture on the left on Dorman's Instagram... 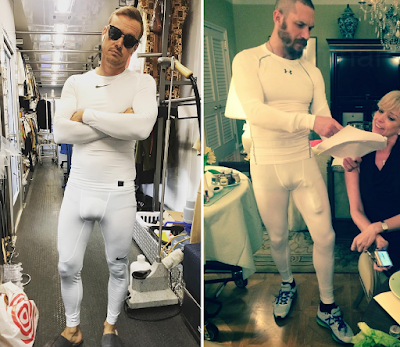 WTF does Hardy have shoved down his leg? It sure ain't his junk...

Do Dorman repeatedly; he is very funny and was amazing in Patriot and I like what he's pushing in those skivvies.
Do Hodge repeatedly, but...
Marry OJC; his charms are also obvious

Do Dorman
Marry Aldis
Dump OJC and feel grateful that I only dumped him instead of killed him.