The Fun Is For Funeral 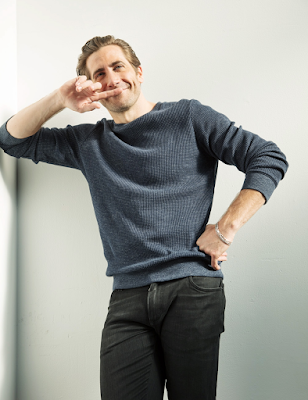 I don't know that many people need to be told this in 2020 but if you've never read Alison Bechdel's 2007 graphic novel Fun Home then I really very much recommend you do just that as soon as humanly possible. (I also recommend, although slightly less heartily, the 2012 follow-up called Are You My Mother?) Fun Home tells Bechdel's story of her coming out process aligning with her discovery that her own father had been living in the closet -- it's one of the most important LGBT texts of our age.
.

Having been a MASSIVE fan of Alison Bechdel’s book — I gave it to everyone that Christmas! — I ended up hating the Fun Home Musical, but maybe they can find a common ground....? Or better yet just GET MY BOY JAKE GYLLENHAAL A DAMN OSCAR STATUE ALREADY
— Jason Adams (@JAMNPP) January 6, 2020

.
Anyway yes in 2013 the book was turned into a stage musical that was a smash success, winning a heap of Tonys, although no I was not personally enamored with that iteration. (Yes "Ring of Keys is a one great song, I'll grant it that.) But now our boy Jake Gyllenhaal's gone and bought up the rights to the musical with the intentions of finally letting his glorious pipes loose on-screen in the closeted father role, and... yes, I am clearly conflicted. 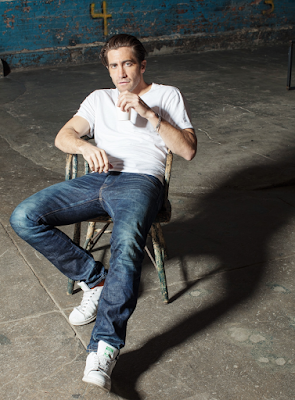 Part of me wants to be like, "Jake gets a pass on being able to take gay roles for life because of Brokeback Mountain," but I'd be lying if I didn't feel some stirring in me -- which is a stirring that's changed from how I felt about this a couple of years ago -- that I'd like to see an openly gay man tackle this role. It's not that I don't think straight men (or men who publicly identify as straight, anyway) can't play gay; they clearly can and have to great effect. (See well Brokeback Mountain, for fuck's sake.) It's just, well... 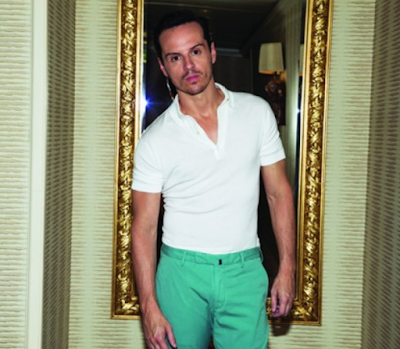 ... I'm tired of there not being any openly gay men getting the good roles. They're out there, for god's sake. I'm tired of not having an loudly proudly openly gay movie star. I'm... just so tired, you guys. Tired enough to side-eye even Jake today, I guess. I think he can do it. I'm just not sure he should. Yes way more people with see Fun Home with a Jake Gyllenhaal in the lead than without a Jake Gyllenhaal. But when do we get Our Jake Gyllenhaal? How does that start? When? You tell me a time and I'm gonna set my alarm for then and you can wake me up that day.
.
Who? Jason Adams When? 11:49 AM

I've always thought this was the musical role that Patrick Wilson needed to catapult him back again to awards consideration. But wow that Andrew Scott suggestion is... vibing with me hard.

I mean, we are getting Boys in the Band with all openly gay actors on Netflix soon. Neil Patrick Harris and Matt Bomer's careers seem to be just fine. I'm not seeing the issue.