Linda: What's the use of having all this jack around
if it can't get us a superior kind of man?

Preach, Katharine Hepburn! Preach. Like the film's title today is indeed actually a holiday -- today is the day we celebrate the fact that George Cukor's 1938 masterpiece hits the Criterion Collection! I told you this was happening back in October when it was first announced and here, it has happened, just like I said. That's show you to doubt my ass. I watched the blu-ray on New Years Eve -- I watch this movie basically every New Years Eve but not on blu-ray until now, making 2020 seem immediately bright -- along with nearly all of its special features, which are listed down at the bottom of this post and which are a total treat. 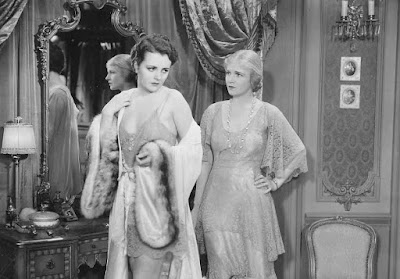 One special feature I didn't watch is the 1930 version of the movie that stars Robert Ames, Ann Harding and Mary Astor, since I'm saving that for a rainy day -- have any of you seen that one? Anyway as great as Hepburn and Cary Grant are in the movie -- and Holiday contains probably my favorite performances from the both of them -- the MVP of the movie always ends up being Lew Ayres as Linda's sad drunk brother Ned... 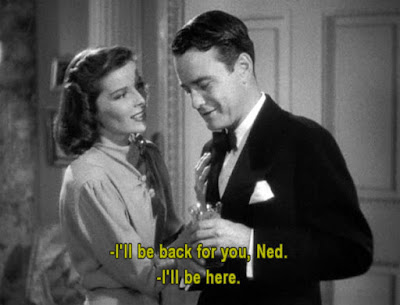 ... his last moments in the film, where he refuses to go with Linda to the boat to escape the stuffy and stifling house of extreme wealth and privilege (oh just go with it, it was the 1930s), leave my heart a shattered mess on the floor every damn time. Oh Neddy! (I love Lew Ayres so much.) Anyway please do hit the jump for all of those extra features, old chum... 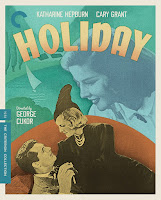 Can't wait for my copy to arrive tomorrow. This is one of my favorites as well. I don't think that second pic is from the 1930 Holiday, though. That looks like Constance Bennett to me.

As someone who adores Holiday to an almost unhealthy level (I used to DVR it every time it played on TCM), I went into the 1930 version highly skeptical. While it's obviously not as good as Cukor's, I found it to be surprisingly well done. It shows how strong source material and a great lead performance from Ann Harding can really make all the difference with an early talkie.

Good catch, DC -- I fell for that guy's mustache and got distracted ;) I guess that photo was from the 1930 film Sin Takes a Holiday. I fixed it with a correct photo.

I love this film unabashedly! It contains two of my favorite performances by both Cary & Kate but I agree that Lew Ayres puts them in the shade every second he's on the screen. This is my absolute favorite performance by him by miles, how he wasn't nominated for an Oscar is baffling. His last scene is a heart ripper but his scene with Linda in the playroom during the party hits just as hard.

I've seen the Ann Harding version. It's not great but neither is it bad it's....okay.

The only place that it exceeds the '38 version is in the casting of Julia. Mary Astor is competition for Ann Harding (to the point that I wished there roles had been reversed!) in the earlier film and while Doris Nolan is fine (though EVERYONE in the film is more memorable than she down to Binnie Barnes & Henry Daniell as the odious Seton & Laura Cram) in the Hepburn film she's not Hepburn's equal so the ultimate result isn't really ever in doubt. If they had cast Joan Bennett (who was at the tail end of her blonde period) as Julia she would have made the role pop.