This fall I've have been here in NYC for 20 years -- hence this series you're reading right this second! -- and that means some things have changed since I moved here. The one that makes me the saddest is the closing in 2013 of the Emerald Inn, the bar that Billy Wilder and Jack Lemmon immortalized in their 1960 masterpiece.

The bar itself actually just moved over a few blocks to 250 West 72nd and if you're in the neighborhood I recommend going since there sadly isn't much in the way of old fashioned Irish pubs around there anymore, and I love that sort of thing. But it's not the same. They couldn't pick up that history, that air that Jack Lemmon and Billy Wilder breathed, and move it over several blocks. The original location of 205 Columbus Avenue is a Kate Spade store now -- I'm not saying you should buy several pints at the corner bodega and then go barf in a pricey handbag, but I'm not not... 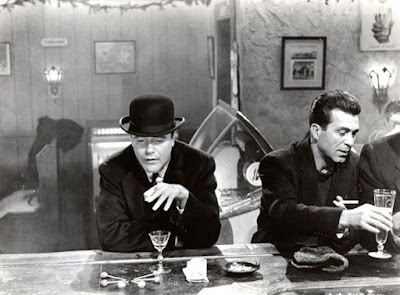 No I appreciate! Why is it ALWAYS the one thing I think as I type it that I need to double-check it and don't that ends up being wrong? Sigh. I fixed it :)