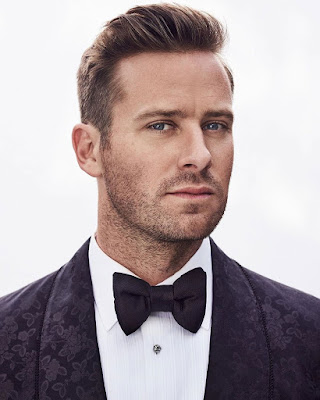 I only just now realized I've been tweeting about this news but not mentioning it here, and this is obviously the sort of thing that deserves attention -- earlier this week Armie Hammer was spotted hanging out at a gay bar in Hawaii with Michael Fassbender and Taika Waititi (and also Michael's wife the actress Alicia Vikander, sigh, I suppose I have to mention her). Fassy & Taika are there  on the island shooting their soccer movie Next Goal Wins, which I have been covering a'plenty. Unfortunately nobody seems to have taken any photos of this happening -- HOW -- but Armie did Insta his presence in Hawaii this afternoon, so it seems like this did indeed happen. ETA oh wait I couldn't even finish typing this post before somebody shared a photo of Armie with Taika! 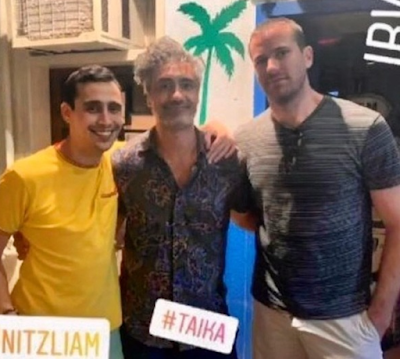 But that's not the end of it! In Armie's Insta he mentions he's shooting something there in Hawaii and I couldn't figure out what it might be (something non-Nile-based for Death on the Nile?) but the rumor-mill's stating it looks like he might have a small role in Taika's film itself! Armie & Fassy sharing the screen? Will my heart actually literally explode? Stay tuned!
.

In other Armie news did anybody watch his adventure with Bear Grylls last night? I swear to god that I lost all sense of time during the scene where he tried to crawl through a little cave opening while wearing a wetsuit and the camera just stared at his ass for... seconds? Minutes? Hours? I might actually still be there inside that cave watching that happen right now and everything since has only been a hallucination.

it won’t be your heart that explodes...

Armie can burrow in my hole as long and as often as his wife will let him.

I will also accept that this is his Winnie the Pooh audition.

I will now be thinking about this gif for the rest of the day.

Will Michael Fassbender be another gay man who will never come out?