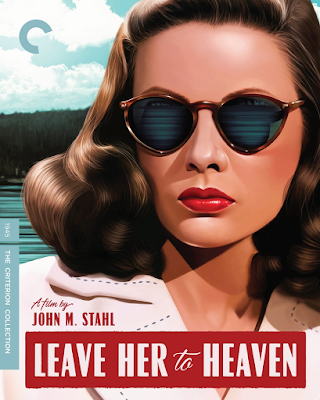 It's that blessed time of the month, kids -- Criterion has just announced their new batch of titles, this time for the month of March in the year of 2020. And shocker, they rule. Our number one choice from the month's batch is John M. Stahl's 1945 masterpiece Leave Her to Heaven, which we've loved ever since the first time we saw Gene Tierney wearing sunglasses while watching a little boy drown, throwing herself down some stairs, and all manner of horrors. It's one of the most twisted movies to ever come out of Golden Age Hollywood, with Technicolor Tierney at her most stunning -- which is saying a lot -- and sociopathic. That this movie even exists is a wonder. The blu-ray will have a brand-new 2K restoration of the film, which promises to be something given how already-stunning this film looked before. 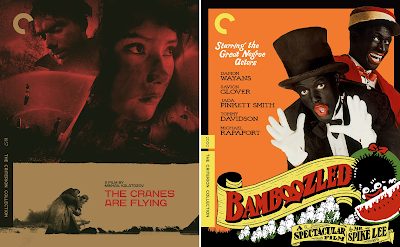 Then there are two other titles hitting in March that are immediately molesting my eye (in a good way) -- first, Mikhail Kalatozov's 1958 classic The Cranes Are Flying, which is an absolute marvel, and second Spike Lee's Bamboozled, which I've shamefully never seen but have always meant to. I've been saving it for being in the right mood for such a thing, but this is a good excuse to force it! See all the titles they've just announced at this link here.

Leave Her to Heaven is an amazing movie and Gene Tierney is brilliant in it. She had such a messed-up life and it's always a pleasure to watch her in movies, especially this and in Laura. She's in that tragic realm that includes Jean Seberg and Linda Darnell. Love those women and their movies!

There's an exchange in "Out of the Past" (my pick as the greatest film noir ever) between good girl Ann (Virginia Huston) and antihero Jeff (Robert Mitchum) about very bad girl Kathie (Jane Greer):

Ann: She can't be all bad - no one is.
Jeff: She comes the closest.