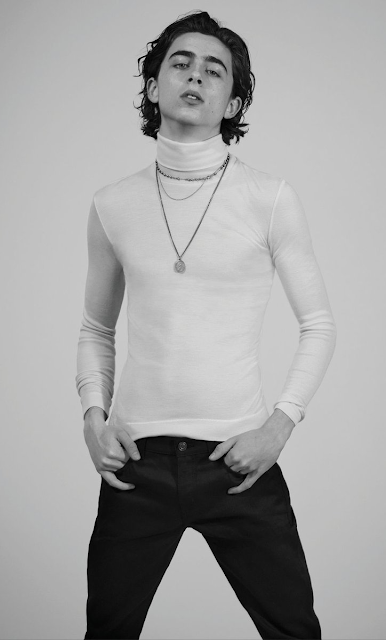 One of my great regrets in this life is never going to see the play Prodigal Son when Timothee Chalamet was doing it here in New York in 2015 -- I'm fairly lousy about making it to the theater, or even paying much attention to it, but even I'd heard word of this kid doing great work before Call Me By Your Name came along and made me know, and then some, who said kid was.

Well it looks like Timmy's returning to the stage again, and once again I will miss it, but only because it's gonna be in London this time. (thx Mac) Next spring he's going to star opposite no less than the legend Dame Eileen Atkins in 4000 Miles, a play written by Amy Herzog which was nominated for a Pulitzer. Here's the gist:

"It turns on the story of Leo (Chalamet), a 21-year-old who sets out on a cycling trip across the U.S. After weeks of radio silence, he makes a surprise appearance on the Manhattan doorstep of his 91-year-old grandmother (Atkins). With his life just starting and hers nearly ended, their griefs collide."


I wouldn't be surprised if, if it does well, the show transfers here to the States -- it is set in New York, and Timmy's a New York Boy. Course who knows since he's also a Busy Boy, and stage shows eat up a lot of time. I guess I'll just have to make due with seeing his old pal Armie in that new Tracy Letts show next year...
.
Who? Jason Adams When? 12:06 PM

Love this play. Saw it with Mary Louise Wilson and Gabriel Ebert.