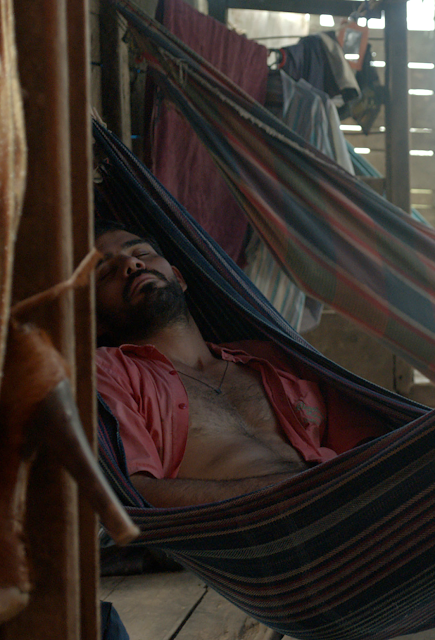 Do y'all remember Gabriel Mascaro's 2015 flick Neon Bull? The Brazilian film starred the delicious Juliano Cazarré -- seriously, click right here immediately -- as a rodeo worker who dreamed of becoming a fashion designer, and it was one of my absolute favorites of that year once I finally got around to seeing it. I've been waiting and waiting and waiting, and waiting...
.

.
... for word of Mascaro's follow-up movie ever since, which is called Divine Love and tackles Evangelical Christianity -- aka that bullshit I myself was raised in -- and today we finally got word, huzzah! Well one word, as in one screening, anyway -- Film at Lincoln Center just announced their line-up for a series called "Veredas: A Generation of Brazilian Filmmakers" and the film is one of over a dozen they're showing between December 6th and 11th. Here's their description of Divine Love specifically:

"Brazil, 2027. Joana is a civil servant in a notary’s office who mainly deals in divorce cases. Part of an Evangelical Christian group known as Divino Amor, she uses her position to offer a kind of physical therapy to couples seeking separation. At the same time, Joana is unable to conceive a child, despite constant prayers and many other attempted methods of assistance. A miracle finally happens, however, bringing her closer to God. The third feature from director and visual artist Gabriel Mascaro, Divine Love is a fluorescent work of sci-fi that meditates on jealousy, faith, and the fear of divine power."


The film played Sundance earlier this year and has been out in Brazil since June, but I've managed to avoid all opinions so far -- psyched the wait's almost over! Anyway there are a dozen more films screening at the series and I'm sure there are plenty of gems I haven't known enough to be clamoring for for endless months, so check out the whole line-up at FLC's site. 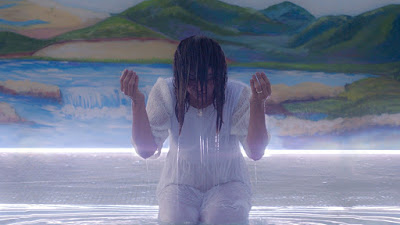 As a Brazilian I also recommend you watch In the Heart of the World, Seven Years in May and Invisible Life.