A Midnight Kiss From Carter 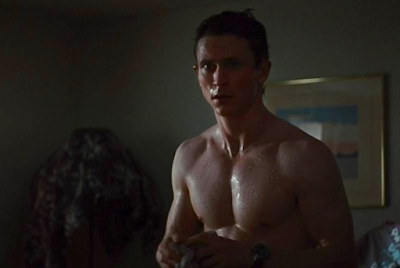 The first time I noticed that the cute neighbor boy from The Virgin Suicides had turned into MNPP Fave Jonathan Tucker, Grown Ass Man, was in Carter Smith's 2008 horror flick The Ruins, a film that remains here eleven years later tremendously underrated. And not just for the gift that is Jonathan Tucker, Grown Ass Man. Smith's film is trauma in celluloid form -- it underlines in thick red marker all of your absolute worst fears about the fragility of your own body, and then tendon thin line separating us from just a pile of meat on the floor.

It's the body horror of Cronenberg mixed up with a slasher flick about Ugly Americans -- the most important subject of Aughts Horror -- with a whiff of Climate Change to boot. It's like a well-acted well-written and beautifully-shot version of M. Night's The Happening. It's surreal and terrifying, and also Jena Malone gives one of the great horror performances of its decade in it. Am I still talking about how good The Ruins is? Well The Ruins is fantastic. 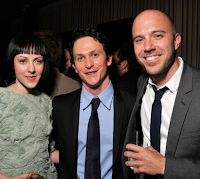 But a good question at this point would probably be, why the hell am I rambling about The Ruins? Because I just found out that Carter Smith has a new project coming out next month! Mind you this isn't Smith's first work since The Ruins -- if you've never seen his ultra-creepy and gay horror flick Jamie Marks is Dead from 2014 I recommend seeking that out as well; I didn't love it as much as The Ruins but here five years later the film has lingered, and it seems a little ahead of its time with its explicitly queer horror content. (For more queer horror content I recommend you check out Smith's Instagram, which is off the hook.)

Anyway Carter Smith has directed the latest episode of Hulu's monthly Into the Dark anthology series, which offers up a new holiday-themed chapter each time around -- Smith's is called "Midnight Kiss" and is New Years themed, dropping onto Hulu on December 27th. (Last year's New-Years-themed episode was directed by Always Shine director Sophia Takal, and I reviewed it right here.) It's also about gay folks! It stars Scott Evans and Augustus Prew (both of whom I just saw playing boyfriends in NewFest's opening night flick Sell By; see some photos I took of them at the premiere right here) and here's how BD describes it:

"In the episode, “A group of longtime gay best friends and their resident fruit fly head to a beautiful desert home to celebrate New Year’s Eve. One of their annual traditions is to play “Midnight Kiss”, a sexy but ultimately dangerous challenge to find that special someone to help you ring in the New Year. As friendships have grown strained with secrets, jealousy and resentment, the group faces another challenge when a sadistic killer wants in. Relationships are put to the test and truths are revealed as the night turns into a fight for survival.”"

Ya gotta see it. It's a 35-minute film that Smith made a couple of years before The Ruins, and it's one of the most disturbing movies I've ever seen. Caught it late one night on the Sundance channel, back before the Sundance channel turned to crap, and it kept me up for hours.

It's unforgettable. You can easily find it online.

I can't believe I wrote this entire post without mentioning Bugcrush -- I know and love Bugcrush! I've posted about it before -- I even did a post where I shared the entire thing on YouTube but it looks like it;'s since been taken down. Anyway yes agreed on all you say, Bill.

I'm really excited for Midnight Kiss, since New Year New You was one of my favorites from Into the Dark's first season (How can I hate anything starring Carly Chaikin?) and I'm just happy Scott Evans is finally getting work since I've always wondered (Well, I know the answer but still) why he never could get a bigger career the way the Hemsworth brothers did. I always wanted to check out The Ruins, but it sounds like I have a lot of work to do catching up with Carter Smith's other works.

Also, bless you for making shirtless Adam Driver the first thing I see when I come to your site.