Let's Just Get This Out Of The Way, Times Six

Reading the news just now that Michael Fassbender's latest film Frank, about the funkadelic exploits of his sharkish grin hidden away from the world under a gigantic plastic head, and the weirdos who love him, has been dropped kind of unexpectedly onto VOD today without any warning reminded me that good grief I never wrote up a review for Frank. Indeed it's just one of several movies sitting over there in the side-bar (Abuse of Weakness, Locke, Words and Pictures, Jamie Marks is Dead, Cold in July, The Zero Theorem, hell even Guardians of the Galaxy) gathering dust as time wears on and I don't say a proper word opinion-wise on them. I had my unexpected trip home last week and it kind of split the timeline and scraped my brain of the ability to form those thoughts... well listen, I have forty-five minutes until I have to head off into the John Waters stuffed night, so fuck it, lest I say nothing, here are some quick thoughts on everything. I really am winging this, and it really has been awhile on most of these, so don't expect much. (As if you should ever!)

Frank -- Save a couple notes that are a little too twee and pat for its own good I really loved Frank, it mostly has the courage of its weirdo convictions, and spins around on itself in a welcome manner in the last half, honestly addressing the mental illness(es) at its heart. Maggie Gyllenhaal is superbly funny (see if I weren't winging it I'd never use that bastion of blurb-whoriness "superb") and Fassbender adds music and slapstick humor to his repertoire of perfection.

Abuse of Weakness -- Part of me thinks I may have been particularly primed to appreciate this movie because of John Waters' introduction to it (I saw it a few weeks ago at Lincoln Center when JW was doing a Q&A with Isabelle Huppert after it) but this is the first Catherine Breillat movie I have found anything to like about (honestly I've hated everything of hers that I've seen before now) - actually I kind of loved it, and it was because Waters presented it as the blackest of comedies, which I'm not entirely sure is the lens I would've watched it through otherwise. Huppert is, as always, impossible to look away from. That last shot!

Words and Pictures -- And speaking of Gallic goddesses, I probably felt warmer to this flick than it deserves because Binoche Binoche Binoche was on-screen. Clive Owen's no slouch either in the "I like looking at that" department. But I'll forgive so much for Juli. The film was a perfectly adequate way to spend an afternoon, but it kind of come off as thematically stressed out - I swear to you if they actually spoke the phrase "words and pictures" one more time in the film I was going to vow abstinence on both. We get it, movie, we get what you're about! Stop neurotically spelling it out. And the sap runs thick. But Juli, you guys. 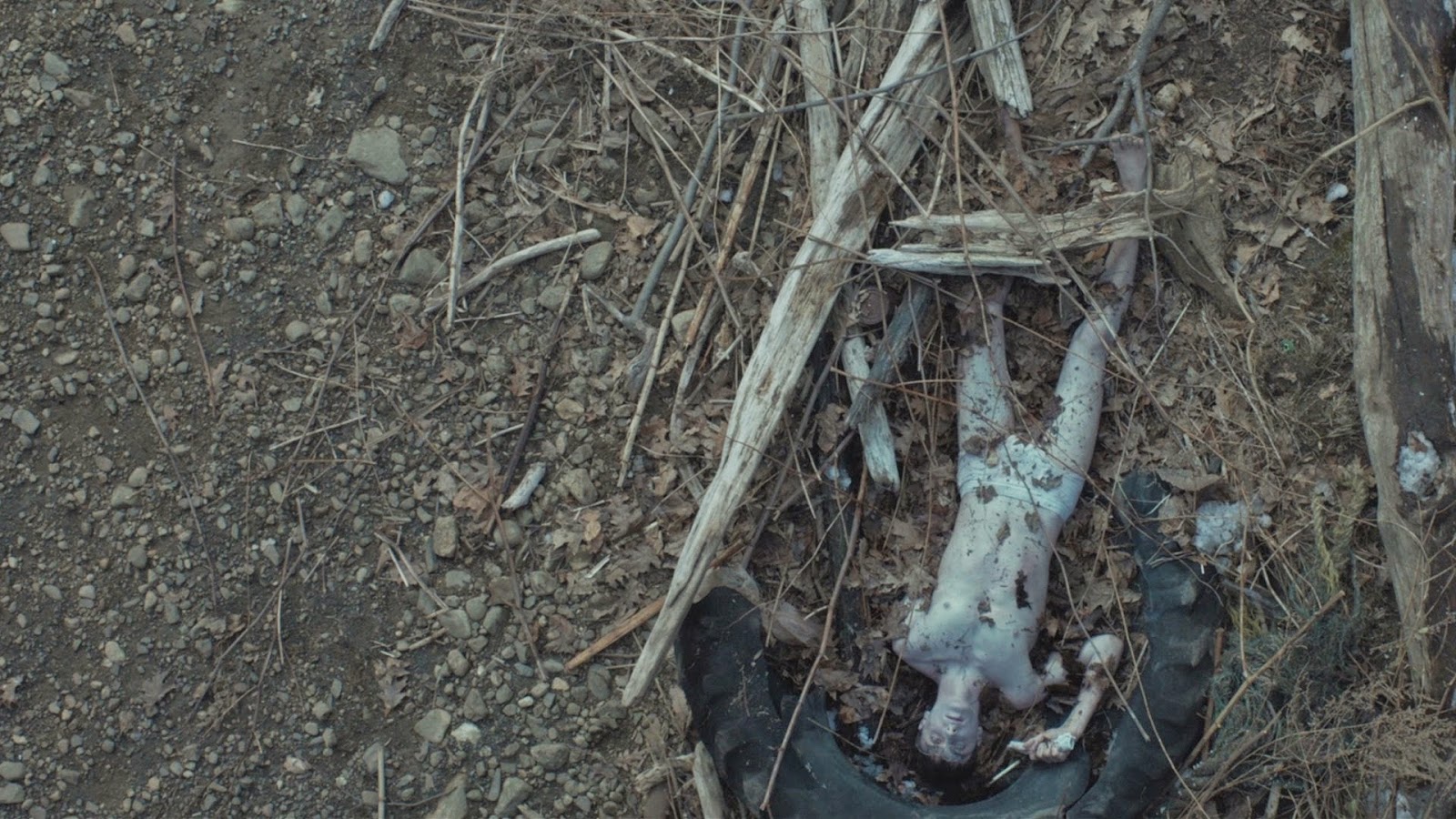 Jamie Marks is Dead -- A very pretty movie (Carter Smith was a fashion photographer, after all) that I just couldn't really get very wrapped up in. Smith's 2006 short film Bugcrush is a glorious thing, you need to seek it out if you've never seen it; this film, though based on a book by somebody else, feels like a companion piece to that work and vibes on the same sort of bizarre gay wavelength which I am totally down with - if you haven't noticed I appreciate an off-center and slightly threatening representation of queer identity (our "Queer Creeps" posts revel in it) but for all of Jamie Marks' lovingly detailed renderings of teenage boys in briefs and sweatpants laying in the dirt and putting their lips very very close, it stayed kind of strangely coy too. I appreciated the go-for-broke gore of Smith's adaptation of The Ruins more; it had life, red gross shrieking life, to it, at least.

Cold in July -- Jim Mickle is a director I've been loving for awhile now, ever since the fabulous funk of his New York rat monster movie Mulberry Street snuck under my skin, but while Cold in July might be his most accomplished film to date, with its stars and quality camerawork, it might be my least fave of the bunch. That's not to say it's awful or anything - it's pretty, the soundtrack is tremendous, and hey there's Michael C Hall in sweatpants. But its also got this arch attitude about it (typified by Hall's period-appropriate but too-clever-at-the-same-time hipster-horror of a mullet) that kept me at arm's length. Watch his last movie, the remake of the family-cannibal movie We Are What We Are, instead.

The Zero Theorem -- Yeah it's basically Gilliam mashing his greatest hits into an hour and a half of fruit loops, but I kinda found Christoph Waltz moving my heart-place as the addled savant of a topsy-turvy cyber-nonsense world, and that carried me through the rougher patches. And Tilda as a Headroom-esque shrink flapping her gums, and that pretty maroon beach space landscape, and this and that. It don't hold together but I'd watch it again.

Guardians of the Galaxy -- Do I have to? I can't believe I got as many words out on everything before this, can't we just call this one a draw? I loved it, it's tremendous fun, all of you have seen it and some of you twice, we're all primed to tear Chris Pratt limb from limb so we can stuff a square of him in our hope chest, et cetera. Bless Marvel for staying fun. And bye!

Thanks for these, they really are helpful/interesting!

Bugcrush was one of the most disturbing films I've ever seen. Caught it late one night on IFC or Sundance, before those channels turned to crap--Law and Order re-runs? Really?--and it scared the hell out of me. Took me a long time to find a copy, but I re-watch it every once in a while, and it still upsets me every time.

Co-incidentally, I've just finished reading Christopher Barzak's One for Sorrow, the book on which Jamie Marks is based. Strange, beautifully written novel. I'd read somewhere that it was being filmed, but didn't know that Carter Smith was directing.

This will be a must-see for me.