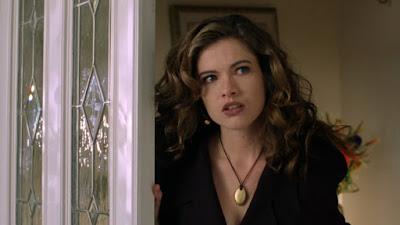 Heather: Every kid knows who Freddy is.
He's like Santa Claus, or King Kong, or...

Man I still can't believe we don't have Wes Craven anymore. Sometimes it hits me and I'm depressed about that all over again. It's supposed to be time for Wes to revolutionize the horror genre all over again, like he did decade after decade. New Nightmare was the bridge between his 80s Nightmare classic and him taking the 90s by storm in 1996 with Scream; you can see the genesis of that self-reflexive tsunami on its horizon. 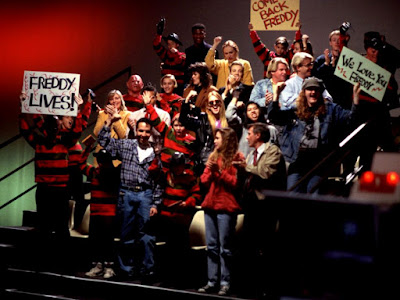 It's weird that kids never watched or talked about horror movies inside horror movies before that, but they didn't, and I think New Nightmare's even more creative on that front than Scream is, playing explicitly with the conservative fears of a "bad" entertainment poisoning the minds of the youth, turning it into a curse upon the makers. It's not just clever -- it's meaningful, and insightful, and all Craven. New Nightmare came out 25 years ago today -- yes, on the very same day as another 90s revolution, Quentin Tarantino's Pulp Fiction. Not that we have to take sides here but I am very much Team Wes on this particular match-up. 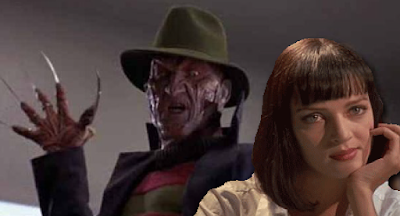