Chu: Men die for money,
birds die for food.
It's not worth dying for food for a man.

I don't recall whether I've ever seen Eat Drink Man Woman or not but I think I might have to watch it this weekend after seeing Ang Lee's Gemini Man in order to remember the time when he was into making stories about people and not camera wizardry. Every person who fell in love with The Ice Storm and Sense & Sensibility and, sigh, Brokeback, all of us should be depressed here watching Ang get hung up on shit nobody's asking for. He's practically become a symbol of the mess Hollywood's in the state of. 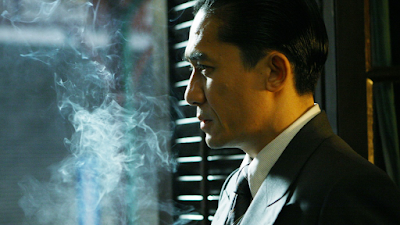 The last truly great film Ang made was 12 whole years ago with Lust Caution -- I did like Taking Woodstock pretty well but I don't know that I'd call it a "truly great film" like I would that steady string of them Ang was slamming out for a good chunk of time. I know a lot of people love Life of Pi but I'm not one of those people. Come back, Ang! Human People need you!
.
Who? Jason Adams When? 12:37 PM

Preach. If you had told me a few years back that there would come a day when an Ang Lee movie was coming out and I wasn't already in line at the theater, I would have laughed at you. But here we are.