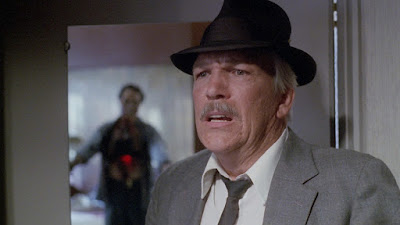 Policeman: We found blood in the freezer down in the cellar.
Det. Grogan: Christ! Rich people...
Sick stuff always turns out to be rich people.

Have I got any fans here of the 1990 duology (is that the right word?) Two Evil Eyes, which consists of a pair of half-length films based on Edgar Allen Poe stories, one directed by Dario Argento and the other by George Romero? And starring horror legends Tom Atkins and Adrienne Barbeau, among others? 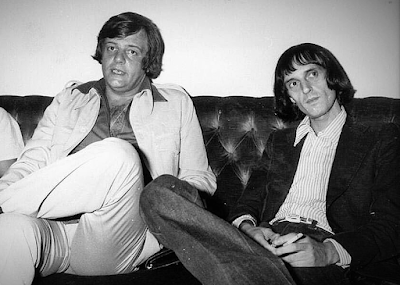 Well if you're a fan this is a heads-up -- Blue Underground has just announced they're putting out a super-duper blu-ray set in October -- three discs stuffed with special features, far from the least of which is a 4K restoration of the film from its original negative. The second disc has a bunch of docs and interviews which I'll list down below, while the third disc is the film's soundtrack by legendary composer Pino Donaggio. What a thrill! Now you can hit the jump for all of the info...

Big fan of both segments, moreso of Dario’s but Romero’s have also won me over the years, surely i will be getting this blu, thanks for the heads-up