John: The hopeless emptiness? Now, you've said it.
Plenty of people are on to the emptiness;
but, it takes real guts to see the hopelessness. Wow.

Do other people love this movie? I love this movie. I was actually thinking about it this past week because I think that it contains Leo DiCaprio's last Great Performance before Once Upon a Time in Hollywood. Him and Kate are just knock-out good in this. Oh that they'd work together at least one more time. 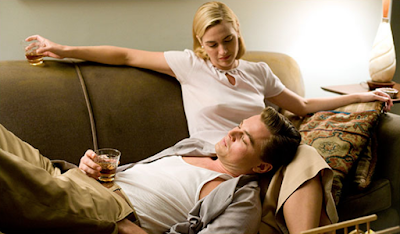 Anyway I was looking at Sam Mendes' IMDb page about ten minutes ago because it's his birthday today and I wanted to do a post wishing him a happy one. (Psst that's what you're reading right now.) I thought maybe there was something new about him I could share as long as we're here, and I couldn't remember what he was working on, so I checked...

... and saw he's got his WWI picture called 1917 coming out at Christmas. The IMDb page for 1917 had what looked like a trailer for the film and I mentally chastised myself -- "Oh Jason, you missed another big trailer drop; you're terrible. It's probably been out for weeks, you suck, I hate you, Jason, you piece of literal shit." But then I checked a little further and the trailer's actually only been out for ten minutes! I don't suck! I am not literal shit! Hooray!
.
.

1917 has a killer cast -- Richard Madden and Benedict Cumberbatch and Mark Strong and Andrew Scott and Colin Firth and George MacKay and lil' Tommen from Game of Thrones... it's got everybody! Well... everybody but ladies, anyway. That's okay! More of a chance Dean-Charles  Chapman will have to make out with George MacKay this way. Reenact the kissing scene from Wings, you cowards!