5 Off My Head: Kill 'Em With The What Now

Even though he's my favorite director it's gotten to the point where I kind of dread mentioning Alfred Hitchcock's birthday each year, because I've written so damn much about him already I'm never sure what there is left for me to muse upon that I haven't mused upon at length before. Just scan through our archives and see! But since it's a round year this year -- 120 to be exact -- I'll make the effort. And since murder isn't just the name of one of his movies but a life-long cinematic obsession he and I share, let's direct our efforts there.

If you focus in on Hitch's ways to die they're mostly what you'd expect from films set in the relative approximation of the real world he filmed -- lots of shootings, lots of stabbings, lots of stranglings, oh my. Occasionally, like in Torn Curtain, it takes all of those things and a few more, but he never knocked anybody's head off with a basketball unfortunately. Hitch did like to mix it up some though, and did manage to give us some of the most memorable images of movie murder weapons. Here are five off the top of my head!

5 of My Favorite Hitch Weapons 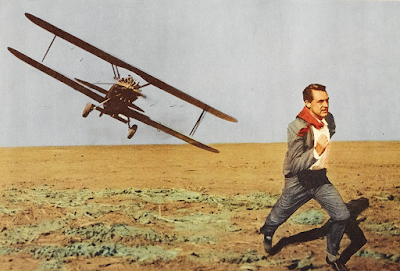 The crop duster in North By Northwest -- Of course Cary Grant doesn't actually get killed by the plane that gets sent to dust him to death in this 1959 classic. But somebody thought he would! Somebody thought to send Cary Grant into the middle of the desert to then try and hit him with a fucking airplane! That's some outside the box thinking. 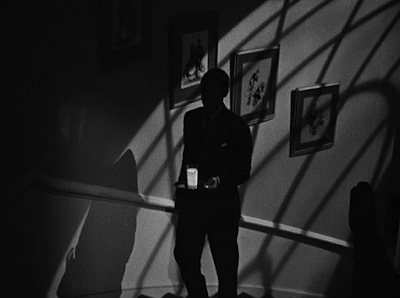 The glowing milk from Suspicion -- Cary Grant again, this time maybe attempting to poison his annoying wife Joan Fontaine with a glass of milk that Hitchcock lit from inside the glass, all the better to heighten the woman's righteous paranoia.

The Leg of Lamb from the "Lamb to the Slaughter" episode of Alfred Hitchcock Presents -- Sweet innocent Midge (Barbara Bel Geddes) from Vertigo beats her shit-heel hubby in the head with a block of frozen meat, and then serves it to the detectives who can't figure out the murder weapon. Written by Roald Dahl to boot! 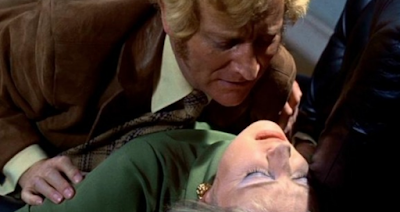 The Necktie from Frenzy -- There's a lot of strangulations in Hitch movies, but none so gratuitously gross as the ones seen here in Hitch's last good - if emotionally brutal and mean-spirited - film. (Don't come in here defending Family Plot to me, I won't have it.)

The Scissors from Dial M For Murder
-- It's Grace Kelly in 3D, y'all! 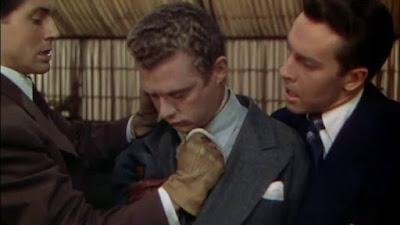 So what are some of your favorites?
Share in the comments!
.
Who? Jason Adams When? 4:30 PM