Slap That Ben in Some Fur Booties 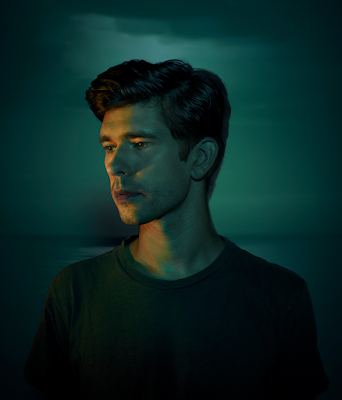 Terrific news today as our boy Ben Whishaw has been added to the cast of the fourth season of Fargo, Noah Hawley's ace update on the Coen Brothers snowbound brand -- if there's word on who he's playing I'm skipping it for the time being, I'd rather be surprised.  (Especially after we never got the Ewan twins to make out like I'd been hoping for last time around.) Besides Ben other actors added to the previously announced Chris Rock in the lead are Jessie Buckley, Jack Huston, Jason Schwartzman, and the musician Andrew Bird. But Ben! Ben is big enough for me, yo.
.

LIVE FOOTAGE OF ME READING THE NEWS THAT BEN WHISHAW IS STARRING IN THE FOURTH SEASON OF FARGO pic.twitter.com/l9XTxpIpE6
— Jason Adams (@JAMNPP) July 18, 2019

.
On a sidenote this reminds me that I haven't watched a single episode of Hawley's Legion yet this year -- is anybody watching it? I swear I haven't heard a single word spoken anywhere from anyone. You'd think I'd see people tweeting or something? What is happening? I'm not the show's biggest fan (I far prefer Fargo) but I'm still invested enough to finish it up...

Legion is such a hard watch. I am keeping up with it because it’s the last season, and is visually stunning with some really great ideas but it’s difficult. My friends would tell me that about season 1 and I would tell them it really wasn’t but now I’m completely frazzled while watching. Plus there has been no Jean Smart or Jemaine Clement. Major losses. Fargo S4 can’t come soon enough.

Yeah I love what the show does visually but I've never been able to get a foothold on the show -- I realized early in S2 that I just didn't care about any of the characters at all. I mean it's easy to WATCH Jean Smart always and forever, and Aubrey and Dan and all of the actors really. But the people they're playing have just never felt like anything more than pawns moved around for "cool moments" to me. But I will def watch it to the end, once I remember to.

It's... fine. It's a GREAT thing that they announced this season as the last one or else I probably wouldn't have bothered seeing it. But what is one more mind-bending, confusing season?

The first episode is actually very cool and (of course) trippy. The episodes after that have been slightly more confounding (as per usual). But hopefully as we get closer to the end, things start making some sense.

As always the visuals are topnotch.

I'm pumped for Ben and Jason Schwartzman, but I have to admit I'm most pumped for Jeremie Harris and Amber Midthunder to be in this season. Amber and Bill Irwin were what kept me going through season 2 of Legion even when it was bad, and Jeremie Harris really deserves a good role after how his Legion character got marginalized (Though I haven't seen any of S3 yet, so maybe that's changed?)