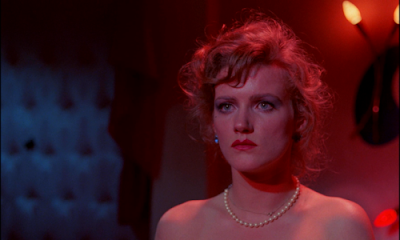 Esslin: Would you want to live in a world
that has lost all morality? Where there's only
evil and depravity and corruption?
Lola: Gladly.

I really wish that some of Rainer Werner Fassbinder's films didn't speak directly to our current miserable moment, but man alive did he see who we are and who we were and who we would keep becoming with the clarity of a single tear smudged on crystal. Anyway I didn't realize this had dropped already but RWF's "BRD Trilogy," consisting of this film and The Marriage of Maria Braun and Veronika Voss, was released on Criterion blu-ray last week and man alive do you need to own these movies, they're among his most gorgeous and Criterion per usual put out all the stops on remastering 'em so they're peak gorgeous.

Seriously they look so good they're making me cry. When Criterion announced these discs in April I ranked the three films -- see that here -- and I stand by that ranking still, but there's not a dud here, these are three of the most important films ever made, says me. I say that and I mean that but they're not even Top 5 Fassbinders for me either! That's how fucking important Rainer is. Devote a year of your lives to watching all of his movies like I did about a decade ago, you won't regret it. 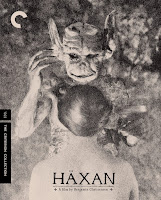 Anyway in related news Criterion has announced their next four titles today, see all of them here -- the highlight for me is Benjamin Christensen's legendary 1922 horror flick Häxan, which I've actually never actually seen in full if you can believe it. I've seen most of it, in pieces, but never from start to finish. Well this seems like the right time to remedy that, for sure! I've been thinking about Häxan a lot over the past several months though because even though I've only seen clips I knew enough to recognize that Luca Guadagnino was referencing the film explicitly in his Suspiria remake (especially its explosive finale). Good timing, Criterion -- we're all going to hell anyway!