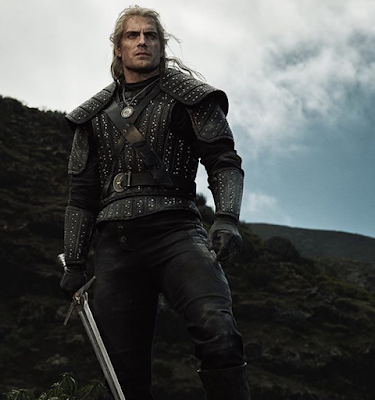 Henry Cavill has shared via his Insta the first images of himself done up for Netflix's forthcoming series of The Witcher, which (heh) has him playing a monster hunter or whatever, I don't know. I wrote about this show when it was announced and then entirely forgot to learn more, since I was, and remain, unfamiliar with its source material. I'll just watch the show, alright? It arrives on Netflix... well all they're saying is "coming soon" for now. So some time, this show about something, will supposedly arrive! You're welcome! 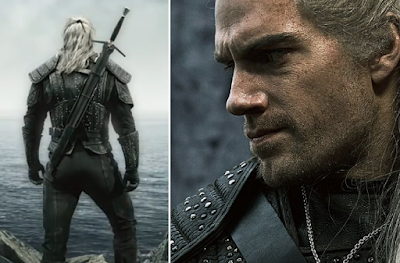 Big no to that hair, the dude has a beautiful head of hair and that blond wig does him no favors.

If it's anything like the source material, there should be a fair bit of nudity to look forward to.

Something about that first picture is just bugging me. Its like his head is too big and his legs look massive, but the middle part didn't inflate right or something. The other pics I really like! :)