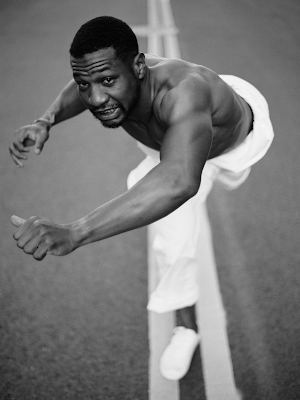 I thought so when I saw the film the first time (read my review right here) but now that I've seen it a second time I can say with utter certainty that The Last Black Man in San Francisco is a film that's going to be a part of my life for as long as I continue living, etched into my fleshy parts, and I really do recommend you get your ass out to a theater to sit with the characters of Jimmie & Monty and their one-of-a-kind big little world as soon as you can get your ass to getting. Jonathan Majors here plays Monty and gives one of this year's great performances -- this character could've gone wrong in a million different ways but Majors shapes him with warmth and intelligence into a spectacular figure, strange and immortal; I cannot wait to see what Majors does next. 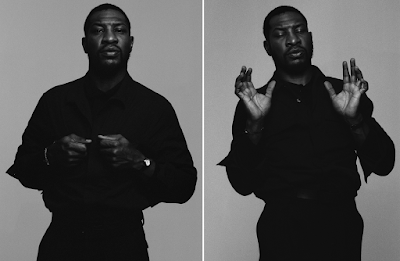 Which, according to the interview attached to the photos for The Last Magazine won't be that hard, because he's about to be in everything. He's one of the stars in that Lovecraft Country horror book adaptation I told you about awhile back, which Jordan Peele is producing, plus he's in Spike Lee's next movie called Da 5 Bloods and he's playing the founder of the Black Panthers in Aaron Sorkin's next movie about the 1968 Democratic National Convention. Oh and he's in that Charlie Hunnam / Jack O'Connell boxing movie called Jungleland, too! This is a definite case of Hollywood being On It correctly, for once. 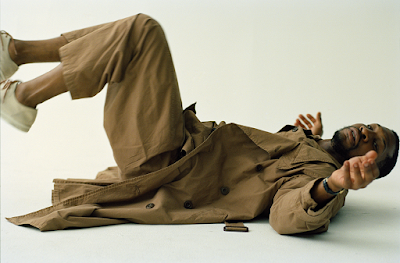 Anyway I mentioned there's an interview with Majors attached to these images I'm posting -- it's actually an interview worth reading! He talks about TLBMISF like a pro, at least, proving yes these folks really knew what the fuck they were doing when they made this extraordinary first movie. Here's a choice bit:

"That’s toxic masculinity and that’s a part of the story as well—what is it to be a man, what is it to be a black man, what is it to be a friend? That masculinity is not gender-specific, it’s an energy. Montgomery is a ferocious character, but he’s also a gentleman, and what I was interested in exploring is that gentleness. He’s not a small guy; if he wanted to, he could inflict harm and you see it come out when he gets angry sometimes, but he’s not a fighter.... That doesn’t mean he’s weak. He’s still a man even though he’s gentle and quiet and he likes art and he likes fishing and he likes isolation. He loves his buddy, he loves Jimmie—that too is masculine, that type of fraternal love.”


Again I say to you people, go see The Last Black Man in San Francisco as soon as you can, it's got the MNPP stamp of serious deep and lasting approval. (Also this reminds me I gotta get my hands on its sublime score, ASAP -- gorgeous stuff.) And now for something slightly less serious let's hit the jump to stare at the rest of these very fine and handsome shots of the rivetingly talented Majors from the photographer Stefani Pappas... 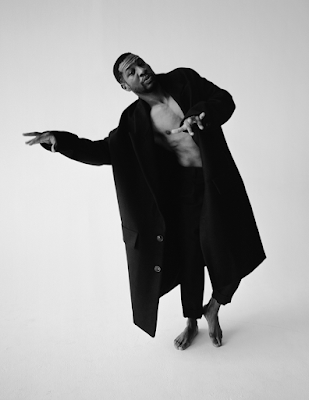 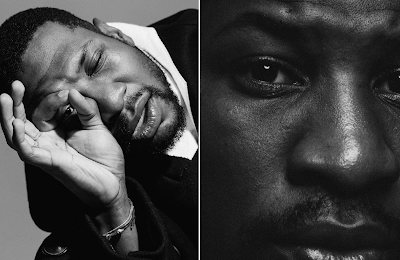 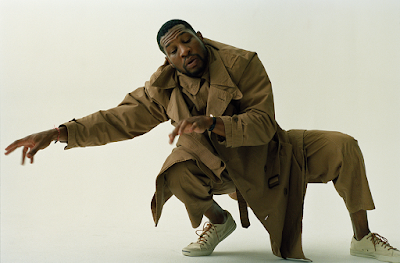 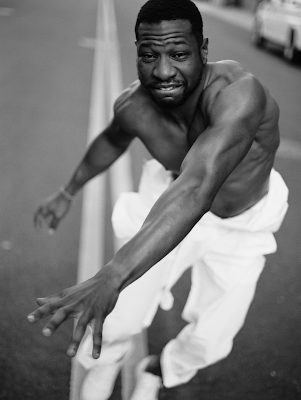 Yes to everything you just said. This movie is just divine - the acting, music, costumes, script, tone - all of it is exquisite.

I am so glad that he's getting so much work, too! But it makes me wonder - how is he getting so much work and Trevante Rhodes, who delivered a stunning performance in a Best Picture-winning film and also happens to be sex on a stick - getting the only the occasional Predator film? Why can't Hollywood get it right with HIM?

Well it's nice to JM looking all grown up after thinking he was one of the only good things in When We Rise. Agree on the performance in Last Black Man--it did a lot without doing any one thing too much.