Jai Gives Me a Jolt 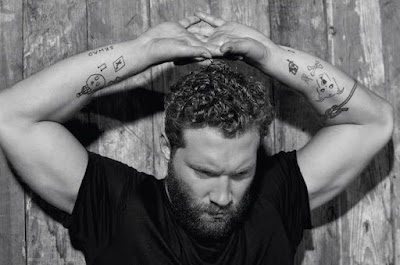 One of the best movies I saw at Tribeca this spring was Tanya Wexler's very funny caper comedy Buffaloed starring Zoey Deutch and Judy Greer and Jai Courtney -- here's my review -- so I'm pretty psyched to read today's news that Wexler is jumping onto her next movie already and she's gathering up a killer cast. It's called Jolt and it's an action-comedy that will star Kate Beckinsale as as woman with rage issues that she tempers with electric shocks, but when her boyfriend is murdered she loses is and goes off on a revenge spree. Sounds like Crank meets John Wick, but with a lady? Anyway Jolt will reunite Wexler with Jai Courtney again, and also co-star Bobby Cannavale, Laverne Cox, and Stanley Tucci. I am here for all of that! And according to IMDb Buffaloed is getting dropped at the end of August, I'll make sure to keep y'all informed. 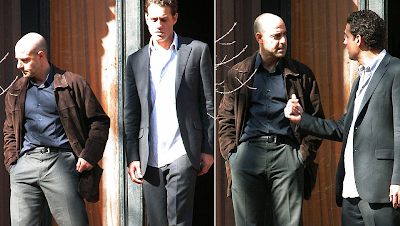 In summation there are two pictures of Tucci & Cannavale which I'm choosing to pretend is paps once catching them post-tryst -- in reality though they're filming something there, something that I'm too lazy to google. Anybody know what projects they've worked on together before? I'm not at all surprised how easy it was to find these two New York actors whov'e worked so much in photos together, since clearly they'd have worked together by this point, I just don't recall on what. Heck they've probably each been corpses or killers passing in the night on Law & Order dozens of times.
.
Who? Jason Adams When? 11:19 AM

That would be one super hot tryst, and an amazing threesomen if we add Jai to the game.
And I was hoping you would add the link back to Jai's full frontal scene!