A quick heads-up that one of the giallo films I've been yammering about a bunch lately -- that'd be Luigi Bazzoni's 1971 murder mystery The Fifth Cord starring Franco Nero and his magical mustache, as also seen in this week's banner right above -- is actually available to stream via Amazon! Who knew? Not me. 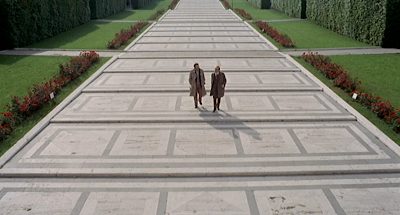 I first mentioned this movie in April when Arrow released their drop dead gorgeous restoration of it on blu-ray; I've since mentioned it a couple more times because it's one of the movies that the Quad Cinema here in NYC has been screening this month as part of their giallo series. I was lucky enough, and smart enough, to go see it this weekend and you know what... 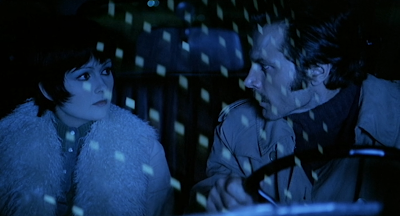 ... I can firmly say here on three viewings in that The Fifth Cord is among my favorite giallos of ever. It's got prime Nero, it's got gay stuff (with not one but two of my favorite Queer Creep types), it's got a terrifyingly tense scene involving a cute little boy stalked by a maniac, and it's all set to groovy period tunes from Ennio Morricone and stunningly photographed by famed DP Vittorio Storaro. The Fifth Cord is absolute boss.
.