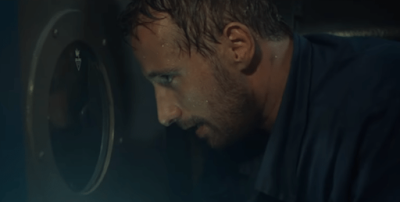 It was a little surreal to watch The Command, Thomas Vinterberg's distressing and tense reenactment of the 2000 Kursk submarine disaster in the Barents Sea off the northern coast of Russia, within a week of having plowed through all of HBO's Chernobyl miniseries, as they deal with the same subject -- a government so blindly obsessed with optics that they'll always choose the big picture over the small; the symbolic over the human. It doesn't take much effort to see how these stories connect to what's going on here in the US (and several other countries) right now, certainly not as our President tweets and stomps his tiny feet about a ridiculous border wall while refusing to give blankets to dying infants, and the Religious Right stands and applauds on top of the baby's corpses. 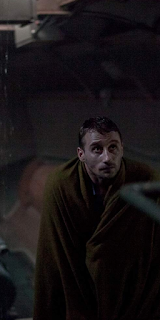 These are dark days we're living in and The Command is a dark movie, despairing, but righteously so. You feel its frustration - or rather, it feels and feeds off of ours -- especially in its land-locked scenes of fruitless bureaucracy, terrified families smacking up against empty suits as hard as iron. Despair, ye, as shall we all -- impractical patriotism is a chemical spill, spreading fast. The film sees that, skims along that, the gorgeously lensed bubble of its underwater world closing in tighter, a poisoned yellow to greener to black, suffocation in cinematic form. Its cavernous spaces tighten, close down. A hand over an open scream.

Matthias Schoenaerts leads the boys down under and does so with typical panache, his ever sturdy physique shouldering up against all of its limitations -- is there any actor out there so willing to bear the short limp limits of masculinity across their brawny shoulders? He is big and hopeless, a slab of beef hammered down, emotions wheezing out of him like a leak. The film is admittedly dour, a suspended soundless scream like the dead's mouths floating open in forever stasis, but it sends its message of doom plainly -- the ghosts are speaking from their tombs and we need to listen, or sink deep down alongside.
.
Who? Jason Adams When? 12:09 PM

Beautiful and insightful as always.
—from a longtime fan