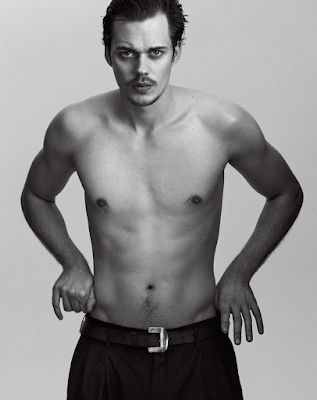 I've posted that picture of Bill Skarsgård before, along with its mates right here, but I felt like using it again -- so shoot me. It sparks joy. Anyway this news is nigh a week old but it slipped past me until today -- Bill is set to star in that high class killer movie Gilded Rage that I already told you Jake Gyllenhaal is producing (thx Mac). Bill will play the real life practicer o' patricide Thomas Gilbert Jr, a spoilt lil' rich boy who murdered his father in a pique of petulance. We wondered at the time it was announced whether Jake himself might play the role even though he's not right for it physically -- Bill's a better pick in that regard, as he's extremely tall and blond... 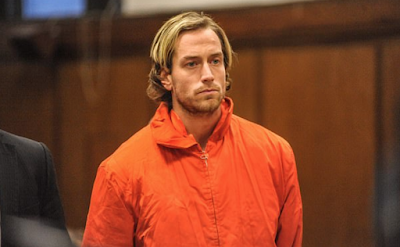 ... (or Bill can be blond anyway, with those genes of his, even though he tends to go darker than his brothers) just like Gilbert. Gilbert's murder trial is actually going on here in NYC right this very minute and is in all the papers, so this is excellent timing on this one, Jake! Charlie McDowell, who made The One I Love with Elisabeth Moss and Mark Duplass, is set to direct.
.
Who? Jason Adams When? 4:18 PM