5 Off My Head: The Other Side of Pride 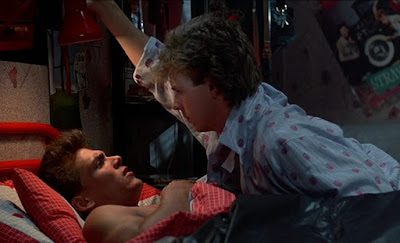 I've never been much of a rainbow warrior but I have talked about "Gay Pride" this year more than I probably ever have in my entire life, and it's due to two factors -- the 50th anniversary of Stonewall certainly feels like a great big deal, especially here in New York; for one there have been museum exhibits at every museum in town on the subject of gay history and it's infected my brain. Everywhere I look it's gay gay gay, and that's been kinda awesome. Being old enough to remember a time when corporations and the mainstream pretended I didn't exist I find it tough to work up outrage at them trying to make money off of recognizing my existence now -- I know all about the problems with capitalism, believe me, but I have things to be angry about besides a rainbow getting slapped on a can of Budweiser for one month a year. 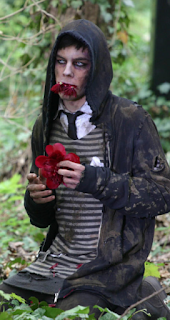 Which brings me to the other reason I've been more into Pride this year than most -- our goddamned piece of shit President and Vice President, their families and friends, and every single member of the Republican Party. This is the time to rally with my people -- you can feel it, this call home to do the hand in hand united front thing, as long as you're even halfway decent... or even just short of halfway, which is probably my range. And it's not that I've ever been anything short of aggressively gay, as this site attests to -- I've gotten my fair share of homophobic bullshit for the going on fifteen years I've been writing MNPP, and it's only made me ornerier (and hornier, prolly) and more determined to be here, queer, and an obnoxious asshole about it. I've just never felt like I fit in exactly with most of gay culture -- I like rock music and horror movies and rain. You've never met a person more horrified by Fire Island Living in your life, believe me.

That said, I'm here and I'm queer and in the words of Quiz Kid Donnie Smith "I've got love to give," and today I am giving it. I'm gonna do Pride my way dammit, so I've made a list for a weekend's binge worth of Anti-Pride movies -- movies where LGBT characters wrestle violently the world they inhabit and find fresh red ways to make their marks. Cuz getting angry and throwing bricks, or hives of hornets, is Pride too y'all...

5 of my Favorite Anti-Pride Movies 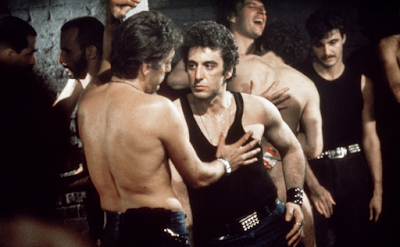 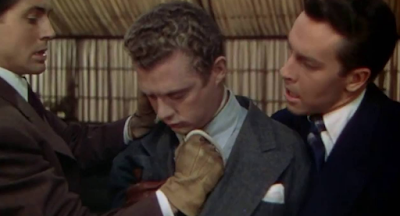 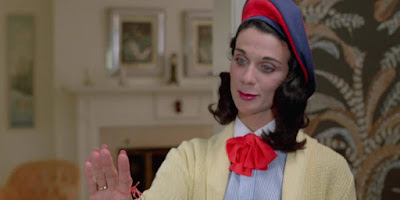 Saw Sleepaway Camp for the first time last night. WOW! My 1980's teenaged life would have been so different had I saw this gaygaygay movie back then. So wonderfully campy and awful. And all those outfits. I wish the boys at my boring high school had dressed like those counselors

what about that movie about Freddy Mercury. released last year. can't remember the name

re: Sleepaway CAMP
Early 1980s was the golden age for shorts

I really don't understand what people see in Yann Gonzalez.., KNIFE+HEART is the second film I see and again I don't get anything besides a great camp fashion editorial (which is fine for the first 30 minutes). Comparing it to "Les enfant sauvage", which also goes into the camp fantasy movie territory, but manages to deliver something else, I've decided Yann Gonzalez will anytime soon be identified as a beautiful fraud. 😁