Dune's Men Out In Force

Filming is happening on Denis Villenueve's Dune in Budapest right now, and so naturally the gang of actors gathered there are being spotted out and about -- thankfully for us the ones that've been spotted together so far are Timothée Chalamet, Jason Momoa, and a spectacularly-bearded Oscar Isaac, enough of a "Bingo!" to give your grandma a grand mal seizure. For some reason Timmy's being kind of camera-shy but you get a quick glimpse of him in this video of Jason & Oscar, uhh, playing the guitar and murdering us:
.

I'm kind of hoping that the next person we get on video hanging with the boys is Javier Bardem, maybe giving Timmy a piggy-back-ride, but until then here after the jump are a few more photos of these three taking Budapest... 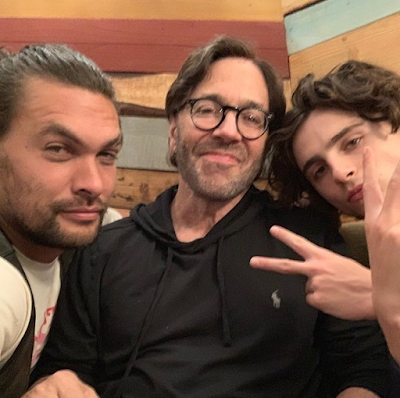 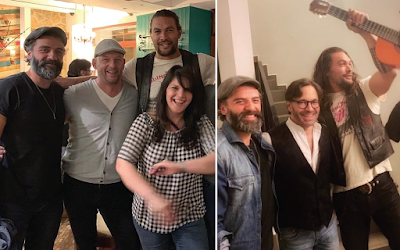 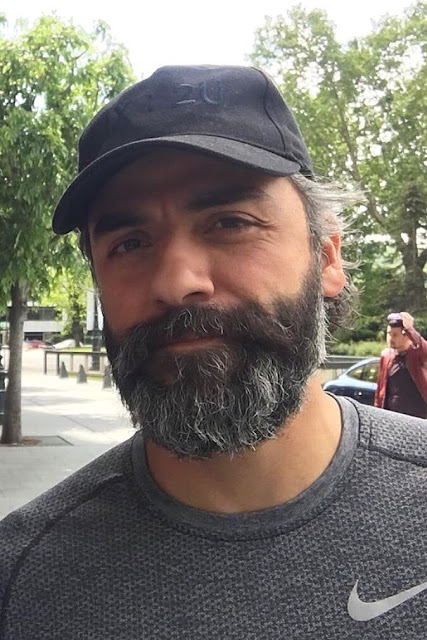 Jason Momoa is god-tier for me.