.
Absolutely chilling -- my want went up,
which seemed impossible, until it happened.

The movie stars Aisling Franciosi (you should recognize her as the teenager that Jamie Dornan had an affair with on The Fall) as a young woman somehow wronged by Sam Claflin -- I guess she's got a thing, being wronged by men whose hotness makes the audience feel gross conflicted things about their bad behavior -- who seeks revenge across the Tasmanian wilderness in the early 1800s. Put August 2nd in your calendars, everybody! Here's the poster: 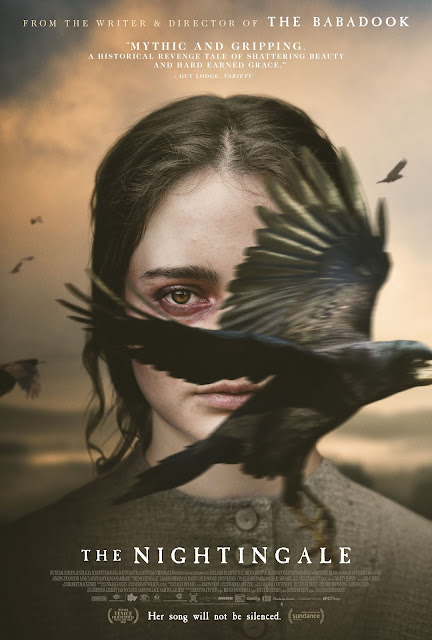