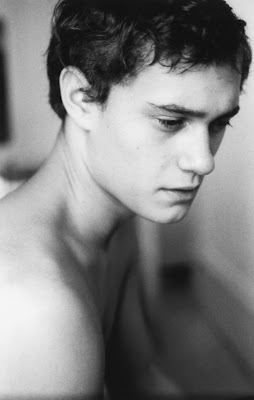 Yesterday I thought I saw the actor Rafi Gavron on the subway -- it wasn't him but it would've been a weird coincidence if it had been him since I had literally finished watching George Clooney's Catch-22 (in which he is featured) just a few hours before that. And it turns out it would've been even more coincidentally appropriate since it's his 30th birthday today and here we are, wishing him a happy one. He's been bouncing around for quite some time now -- I recall seeing him for the first time in Nick and Norah's Infinite Playlist a whopping 11 years ago (I can't believe that movie's 11 years old now) -- and yet I keep getting left with wanting more of him, even after all this time. Yes even in A Star is Born, maybe especially in A Star is Born, where he played Lady Gaga's sleazy producer and I was desperate for, well, anything that wasn't Lady Gaga. 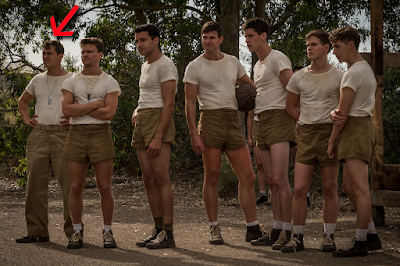 Anyway his role's not huge but it's pretty damned important to the narrative of Catch-22 and I thought he was very fine in it -- I actually to my surprise (I don't have a lot of faith in Clooney behind the camera) thought the whole enterprise was a success; watch the trailer here if you missed it -- so here's to hoping his 30s will find him that breakout role. Any thoughts on Rafi personally or on Catch-22 as a whole?
.

He was also in one of the few mediocre Minghella films - Breaking and Entering, where he was jailbait with potential. However, to me, this movie was the starmaking turn for Vera Farmiga in the thankless hooker with a heart of gold role that opened my eyes to her.

I'm not a fan of anything war related, but was curious about Christopher Abbott
The series is a nice surprise with a cast of pretty faces. And Abbott finally got his star-making role, and is giving a sexy, off kilter performance.