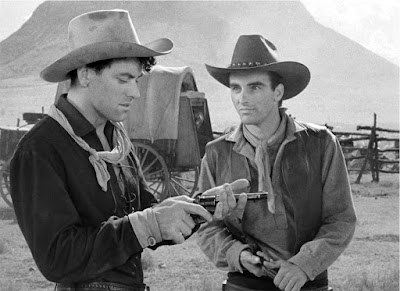 Cherry: There are only two things more beautiful
than a good gun: a Swiss watch or a woman
from anywhere. Ever had a good... Swiss watch?

You give me an opportunity to reference the gayest scene of all time -- that'd be John Ireland (more of him here) and Montgomery Clift comparing their pistols in Red River, obviously -- and I'm gonna reference that shit. (See also here.) Today's excuse is the 123rd anniversary of the birth of the film director Howard Hawks, who like a true gentleman gave us this gem. 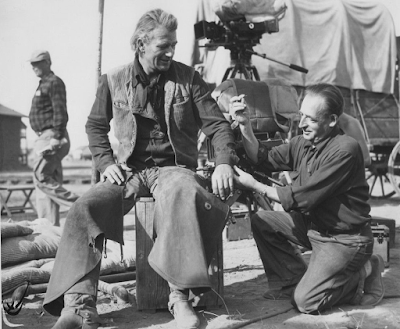 I had a lot of Hawks Films I could've chose to highlight today, but thanks to this scene Red River's always the first one I think of. And right after that comes Ball of Fire and Bringing Up Baby and His Girl Friday and on and on... 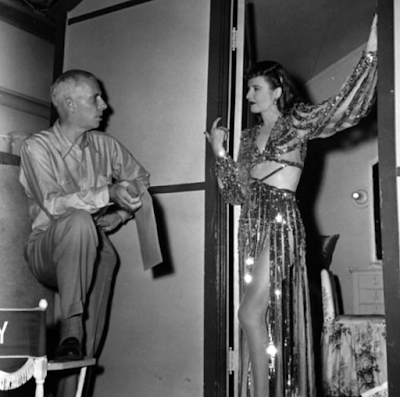 So what's your favorite Howard Hawks film?
.
Who? Jason Adams When? 1:09 PM

Gentlemen Prefer Blondes, To Have and Have Not, Red River, His Girl Friday

My numero uno - Gentlemen Prefer Blondes! A great director without a genre - he did everything!

His Girl Friday, hands down