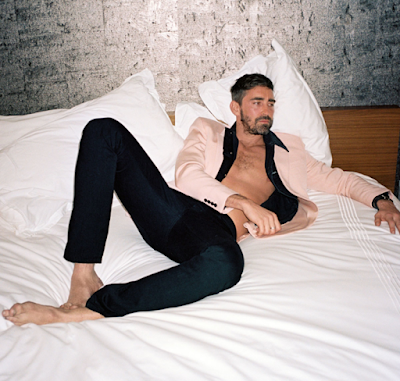 First things first good god I hope there are like one thousand more photos from this spread by photographer Pierre-Ange Carlotti of Lee Pace in Interview Magazine, because goddamn the pie-maker looks good enough to gobble up. But that aside the conversation alongside the three photos they have shared so far is between Lee and Jessica Lange and it's, well, I have off-blog connection to all of this that makes this awkward! Consider everything I have to say here redacted. Like how I know a ton of details I cannot possibly share about the part where Lange digs for dirt on Lee's behind-the-scenes feud with his Angels in America co-star Denise Gough...

LANGE: You don’t have to answer this, but how does it feel when there’s a certain discord—and I’m putting it lightly—with an actor opposite you. How do you find your way around that?
PACE: I guess you’ve just got to show up for that first moment, right? You make your entrance, and that’s all I could do, really. I had to love this woman deeply, profoundly, unconditionally, and I did not. But the play does the work, really. Some nights, it hit such beautiful notes. Then there were times when I would look across at her, and I was like, “This isn’t the play we’re doing. You’re angry at someone else right now.” But there’s no redoing it, so yeah. 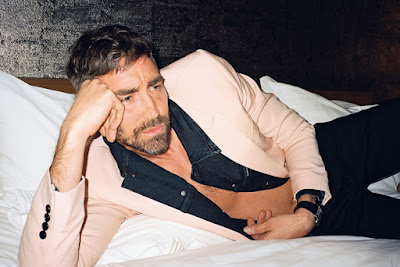 Ditto! Google isn't helping me any either!

Now I want to know more. Like all of the info.

I've always thought Lee Pace was cute... but smoldering? When did this happen?