Jake Will Have His Success, Dammit 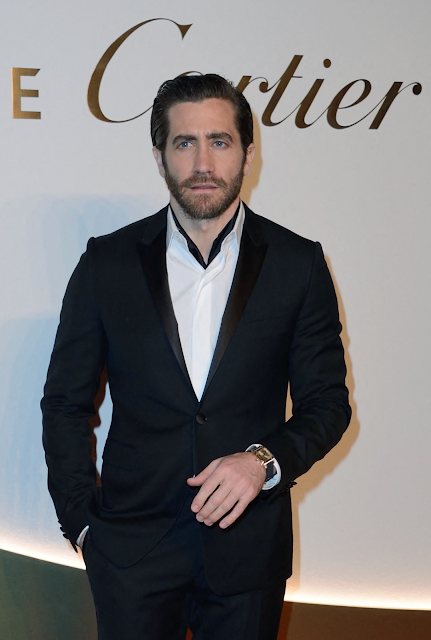 First off did we see the photos of Jake Gyllenhaal playing the part of a Fancy Man at a Cartier event in Gay Paree this week? He so fancy. He's giving Vincent Price a run for his money with that ascot. You can see a slew more at this link. Second off there's new news on the Jake front! Sound the alarms and send the Middle Earth Men off to light those big beds of twigs across the Misty Mountains and shit. He's coming to TV! Well if you consider Netflix to be TV like some people (cough Steven Spielberg cough) Jake has already come to TV with Velvet Buzzsaw but we mean like a series kind of thing. I guess he saw the dough his ex Reese Witherspoon...
.

GAHHH Just Jared has a gallery of celeb photos from Coachella 10 years ago and these shots of Jake & Reese are MURDERING me pic.twitter.com/ZN0MpjhDLF
— Jason Adams (@JAMNPP) April 11, 2019

.
.... (aww remember them) was rolling in with Big Little Lies and wanted a piece o' that. In news that will make my boyfriend very happy (he's a big fan of the writer) Jake is going to star in Lake Success for HBO, which will adapt Gary Shteyngart's book which just came out in September and which Variety describes thusly:

"In the series, narcissistic, self-deluded and hilariously divorced from the real world hedge fund manager Barry Cohen (Gyllenhaal) flees his family, his past, and the SEC on a cross-country bus ride in search of his college girlfriend and a last chance at romantic redemption. Meanwhile, back in Manhattan, his brilliant wife Seema struggles to raise their autistic son and begins a tragicomic love affair of her own."

I haven't read this book -- much to my boyfriend's chagrin I haven't read any of Shteyngart's books, no not even Absurdistan; he's especially annoyed I haven't picked up Super Sad True Love Story, which is one of his favorite books. I keep meaning to dammit, but all these shitty unwatchable horror movies aren't gonna watch themselves. Any fans of Shteyngart here? Casting ideas for the wife and girlfriend characters?
.
Who? Jason Adams When? 10:25 AM