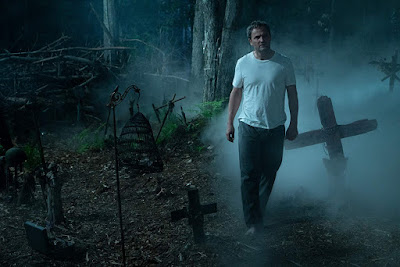 Did you know they had like thirty-two cats playing the part of The Cat in the new Pet Sematary? Thirty-two isn't the right number, it's more like five or something, but I'm not googling that crap -- point being there were several. One for jumping, one for scowling, one for making coffee for Jason Clarke every morning, one for folding laundry, one for making copies of everyone's keys. I found that out after I saw the movie and I never would have guessed -- you get two distinct cats in the film, a live one and a dead one, and they sure seemed same enough to me.

Same enough, the perfect phrase for Pet Sematary on the whole -- I gave up on worrying about remakes a couple of years back and it's been great for my digestive tract; I highly recommend letting go of that particular fight, especially when we've got folks like Luca Guadagnino out in the world making magic of the concept of "the remake" with his Suspiria. This is not that, even though Kevin Kölsch and Dennis Widmyer are promising up and comers in the director's seat -- you get the feeling they wanted to play the studio game here, far more than Guadagnino gives a shit about, so the 2019 Pet Sematary isn't as subversive as you'd think the directors of the distinctly fucked-up Starry Eyes coulda gone buck-wild with King.

But you know what? It's still kinda fucked up. It's fucked up enough, how's that? Slap that on a poster -- "Same enough, and fucked up enough." It plays it straight-forward and "safe" (as far as a movie about New England Wendigo & Child Murder can be considered "safe" anyway) for the first three-quarters, so much so that this review was gonna be less kind, but the last act really reaches for it, playing out the full extent of its new tricks and twists; it doesn't shy from its tar-black heart by its credits, that's for sure.

I'd actually say its a better film than Mary Lambert's original film, but y'all know as I just said yesterday that I consider that film several good ideas and images mashed up into a piece of real junk -- it's not the highest praise, me saying I'd direct somebody to this version over that version any day. But I would. It's thirty-seven cats, ten cheesy lightning strikes over a foggy swamp, one craggy John Lithgow, and a metric shit-ton of stab wounds superior, tis. 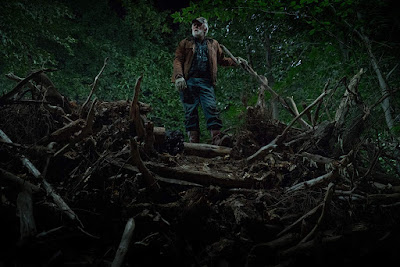 Is Jason Clarke actually good in anything he does? He always just seems slightly "not right" for any role. I was hoping they'd develop the whole idea of family unit (much like Hereditary did) but relationships are glossed over or never really worked on, so the big payout at the end never really hits home