Grease My Hairmouth with Sweet Vaselines 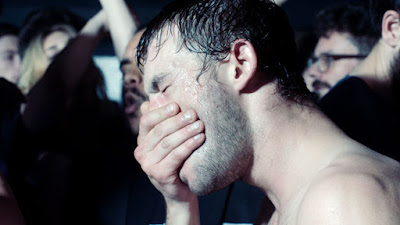 Léo just can't say no. Like a sore that won't heal he's open to all the world -- even when a john waves a ten-gallon butt-plug in his face he can't bring himself to flinch. Legs up to all comers -- he's acquiescence in animal form. And if he gloms onto you, with those wicked doe's eyes, watch out -- he's as relentless and single-minded as a staph infection. He'll pound on your door at every hour of the night until you pound him right back, one way or another.

As played by Félix Maritaud and directed by Camille Vidal-Naquet Léo seems for all intents and all purposes a bit of a fairy tale creature, here in this sexy cool movie dually titled Sauvage / Wild -- his maneuverings through his itty bitty scuzzy corner of the world don't really make logical sense if you come at them as human behavior. It's best to think of the film as a multiplication of something like the ethos of Alain Guiraudie's film Stranger by the Lake, where Pierre Deladonchamps just couldn't stop getting drawn towards his own sexy mustachioed doom.

Léo is nothing but such bad impulses piled onto even worse -- self-destructive to the point of self-immolative, he ignores his own health, mentally and physically, at every given opportunity -- all in the name of the impossible. He'll hug the pavement if it will hug him back. All in the name of love, impossible love with only the worst candidates, and he'll accept no less. It's all or nothing, and the weed-struck airport-adjacent intersections of Gay Paree are serving up heaping helpings of nothing for breakfast, lunch, and dinner.

Léo is the romantic fool in one sense, but turned up to eleven, eleven squared and sodomized for good measure -- romance as back-scratched obscenity in an obscene dirt world. Love is no dream -- it's bruises and barf and blood running down your inner calves; the great poets of the flesh have all been hunted down by serial killers, easy peasy prey, the simple-minded creatures who just couldn't say no. It's just that the knives bring all the mean, pretty boys so, so close. 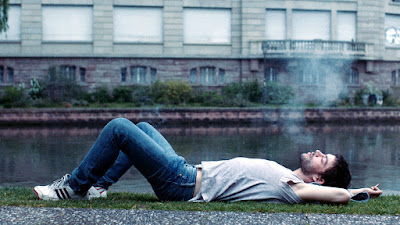 write my paper for me said...

Very positive photos. Thank you for the article.

A very good article. Thanks to the author. It is very important to support and help students