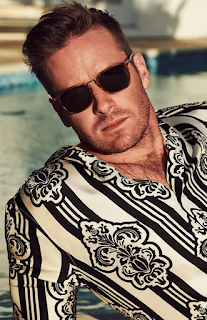 "The truth is, there have been really loose conversations about it, but at the end of the day — I’m sort of coming around to the idea that the first one was so special for everyone who made it, and so many people who watched it felt like it really touched them, or spoke to them. And it felt like a really perfect storm of so many things, that if we do make a second one, I think we’re setting ourselves up for disappointment. I don’t know that anything will match up to the first, you know? ... I haven’t had that conversation with them explicitly. But I mean, look. If we end up with an incredible script, and Timmy’s in, and Luca’s in, I’d be an asshole to say no. But at the same time, I’m like, That was such a special thing, why don’t we just leave that alone? ... I’m not sure that it was ever really definitely going to happen. People just seemed so excited about it that we were like, “Oh, yeah, fuck it! We’ll do it, sure!” Was it ever really like, real real? It’s not real until it is. And I won’t do it for less than, uh, $10 million! [Laughs loudly.] ... I was talking to Luca, and he was like, “I think it might be fun to do this, or it might be fun to do this!” And I was like, “Those all sound like great ideas!” But that’s as real as it is right now. And I was joking about $10 million. I want $12 million."

-- That's Armie Hammer pouring gasoline over our dreams of a Call Me By Your Name sequel, lighting a match, and waving it around with an evil gleam in his eye in a new interview with Vulture. (thx Mac) Say it ain't so, Armie! I always knew there were plenty of obstacles to it actually happening, not the least of which was 75% of you people screaming in the comments exactly what Armie just said whenever the subject came up, but this downgrading of expectations still makes me sad-faced. I maintain that there is a way to do this right, and I think Luca is more serious about it than Armie thinks. But I guess time will tell. Thoughts?
.
Who? Jason Adams When? 4:00 PM

I am desparately hopeful for a sequel, but as each year passes it will become more difficult. Especially when Chalamet becomes a full fledged superstar after Dune. I think the best indicator might be what Aciman turns out (my guess is it will be about Oliver's marriage).

I would agree with him, except the last chapter in the book is so excruciatingly beautiful that it's worth exploring.

Of course, the counterargument to everything he says is just two words: Before Sunset.

Is there really enough demand for a sequel to this? It grossed about $40 million in its initial run world-wide over 5 or 6 months. Pretty good for a movie like this, but it was hardly a breakthrough in any way.