Go Find Yourself Somewhere Else 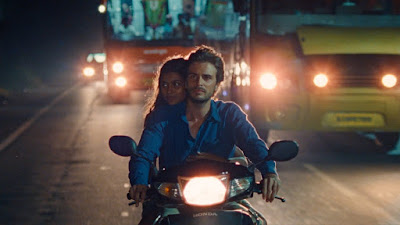 How do you solve a problem like an insufferable lead character that frustrates and annoys you more than they ever end up enlightening? While that's an age old problem it's one that I've run into a couple of specific and notable times over the past few months (cue a side-eye at both Free Solo and Shirkers) and my decision, as of late, has been to simply not review the films. Because that's a trouble to wrangle, for me. Is it just my misanthropy rearing its head? Where is the demarcation line between a complex character making frustrating choices and a character that's just frustratingly presented?

Since both those projects I side-eyed above were documentaries, I suppose you could blame it on "editing" instead of "writing" but I decided in those instances that it was just them, those real people, that they were my trouble. And a movie review calling a real person an asshole I don't want to spend my time with is no fun for anybody. But it does indeed become more complicated with a fiction film, which brings me to Maya, writer-director Mia Hansen-Løve's latest. 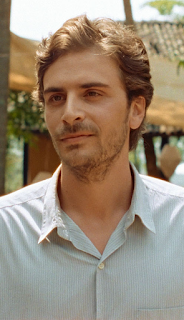 Granted Gabriel (Roman Kolinka) has a whole lot of reason for his mopey introspection -- he's a war reporter who's just been released into freedom after months of having been held hostage by terrorists in Syria. Who am I to judge this dude for coming off kinda insufferable? Hansen-Løve specializes in people at a cross-roads -- her Isabelle Huppert vehicle Things to Come was dreamily meandering; watch Izzy play with a country cat for two hours! At this point this is what you go to her movies for.

But I never got a foothold on why I should care about Gabriel, even beside such a traumatic circumstance -- he's in shock, sure, but does that excuse those douchebag dude scarves that he insists on wearing? I think not. If I'm going to be self-indulgent with somebody I'd rather it be somebody whose personality peeking through from far-back better circumstances I don't still find inherently off-putting. Turns out there are limits to the shoes I'll walk in, and Gabriel is an Urban Outfitter boot too far.

Maya is screening as part of the "Rendez-vous with French Cinema" series at FSLC -- check out the schedule here.
.
Who? Jason Adams When? 2:43 PM