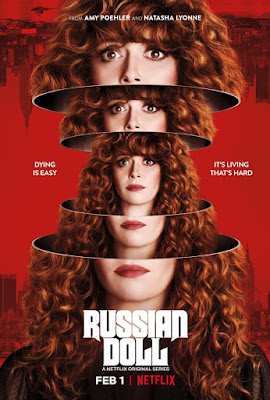 Man that's a great promo image. But before you nag at me I am saving some Charlie Barnett pictures for another day, so sit on that for a minute. For now -- here a whole couple of days after everybody was talking about Russian Doll and now that we've all seemed to move on (apparently everybody's now got the time to chew up and spit out entire shows over the course of just three days) -- I just wanna say, "What a show!" I get all the Groundhog Day references which are obvious but it reminded me of Eternal Sunshine of the Spotless Mind the most -- the rewinding in on itself, the crumbling of realities, the desperate attempt to rebuild something out of one's emotional rubble. 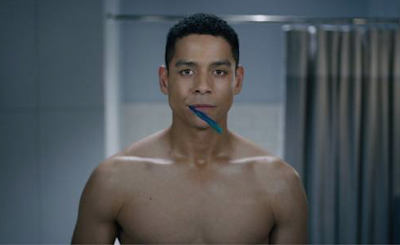 And perfectly contained -- among the first reactions I'd heard was glee at it sticking its landing and does it ever; you get the feeling they had their ending as soon as they had their start, which is only fitting given its looping nature. It all works, top to bottom to every side. And how great to see Natasha Lyonne given a chance to shine like this -- she's always good on Orange is the New Black of course but that's not this; this is a love letter to her "Andrew Dice Clay meets the little girl from Brave" thing, and we're all the better blessed for it when an appealingly odd duck like she gets the center stage. Thank you, Leslye Headland! Now I gotta go re-watch Bachelorette for the 50 time. So who watched the show?

What a treasure! The less you know about Russian Doll, the more you'll enjoy its unraveling storyline. It is perfect for Netflix. In fact, I doubt it would ever have been made without Netflix. The short bursts of episodes (8 at @ 24 minutes each) are like catnip to be gobbled in quick succession. Rewatching it now and it is even more addictive. Kudos to everyone involved.

Totally agree with you on this one! Natasha is brilliant and kudos to her co-star Charlie Barnett- a truly moving performance. What would a season 2 look like????

Great performances. Way too much smoking.