Sebastian Stan Is Number One 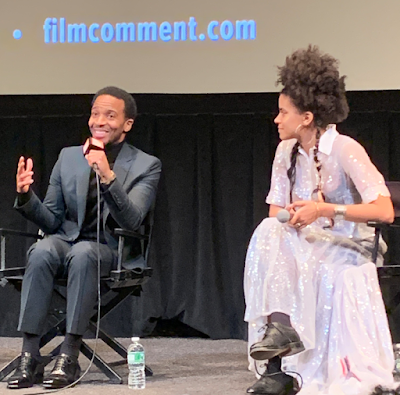 I'm going to try to write up my thoughts on Steven Soderbergh's new film High Flying Bird in just a little bit, but first some starfuckery! The film had its New York premiere last night as part of the "Film Comment Selects" series at the Film Society of Lincoln Center and there were a bunch of famous faces in the crowd. On stage for the Q&A seen up top and down bottom were the film's stars Andre Holland & Zazie Beetz and its screenwriter Tarell Alvin McCraney (an Oscar winner for Moonlight). Oh and this happened:
.

Just got pee-shy at the urinal beside a emphatically not pee-shy Sebastian Stan
— Jason Adams (@JAMNPP) February 7, 2019

.
Let's not fool, that's why we're here. And before you call me forward Sebastian was on his fucking phone at the urinal so I don't feel like I'm being invasive -- he could have been taking pictures of my dick for all I know. (One can dream, anyway.) Seb was only there as an audience member though...

... so my only opportunity to take his picture would have been, uh, there at the urinal, so I demurred alas. He looked mighty fucking fine though, I tell you what. I did manage to grab some snaps of Kyle Maclachlan though...
.

.
Kyle is in the film but didn't partake in the Q&A; same with Soderbergh himself, who stayed in the audience and let his actors and screenwriter do the talking for him. Anyway High Flying Bird hit Netflix today, so go watch it, and once I get my shit together I'll review it in a bit. 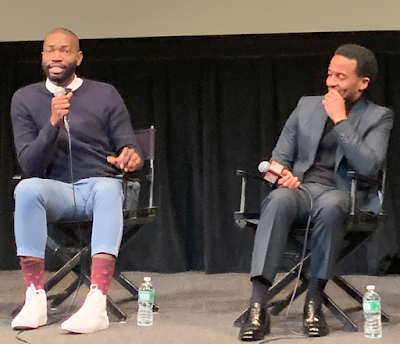 Oh my god. I think I would have fainted. This feels like a dream come true. Happy for you!

I'm suprised no one asked. Did you look?

Let me just say that I like Kyle M. much better with his silver hair. The dyed dark hair has been looking kinda harsh lately. Signed, Been There, Done That.

Anon -- I did a quick glance to see if I would be ABLE to look and saw he was on his phone while peeing, which 1) is obnoxious, and 2) kept me from looking any further because what if he uses his phone at the urinal to catch nosy gays looking? What if he Instagrammed a picture of my face peering over the divider? I don't need that infamy :)