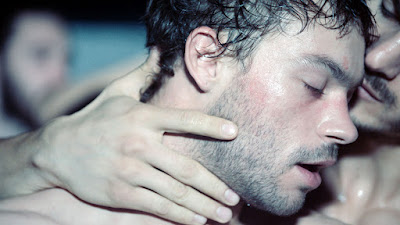 I could've sworn that I had posted something about Camille Vidal-Naquet's forthcoming film Sauvage, starring Félix Maritaud as a gay hustler in France, when it got some heads turned due to its explicit sexual nature during Cannes last May -- there were several headlines, the sort which most certainly turned my head, like "Sauvage, the film with a sex scene so graphic people walked out" and the like. But a quick scan turned up nothing? Anyway I was reminded this afternoon of the film when the line-up for this year's "New Directors / New Films" festival was announced and hip hip horny hooray, Sauvage was among the titles announced. 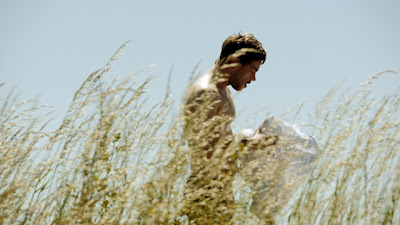 You can see the entire line-up right here -- ND/NF runs from March 26th through April 7th, and per usual there are a ton of interesting looking titles. I always see something groovy thanks to them -- I saw the terrific Iranian horror film Under the Shadow there, I saw the Austrian nightmare Goodnight Mommy there, and I saw Marielle Heller's glorious The Diary of a Teenage Girl thanks to them too. Oh and The Babadook! I saw that there too! The fuckin' Babadook, man. 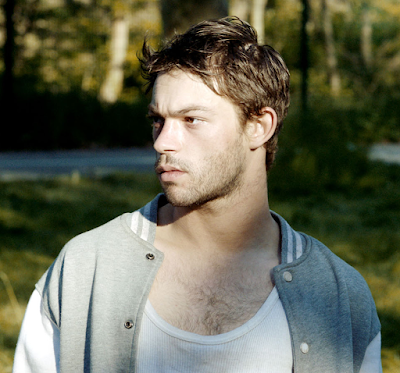 Sauvage is actually getting a US release not long after this festival thanks to the ever fabulous Strand Releasing (how many gay boys have found themselves growing up bit by bit as their smoke-filled logo filled the screen?) -- it hits the US on April 10th. Right now all I could find is the French trailer, but let's watch!
.
Who? Jason Adams When? 3:53 PM

Saw it here in the UK last November and gave you a heads-up about it in a comment which I think was actualy about 'A moment in the reeds' which I saw about the same time. 'Sauvage' is a must-see. Ignore the hype about the over-sized butt plug (although it IS oversized and not an easy scene to watch) and see it for the raw beauty and realness of the acting and the narritive arc. So many beautiful, unexpected and heart-rending moments. Particularly the scene where Maritaud visits a physician. Still haunts me.