.
First things first, if I don't get around to writing the anthology horror film with this post's title in the oh let's say next three (the magic number) years, then I give y'all permission to steal that title and do it yourselves. Because that title it is too good a title to be left wandering and alone in the ether. Second, third, and fourth things second, third, and fourth, I have seen three horror or horror-adjacent movies at the New Directors New Films festival currently running here in New York thanks to the fine film folks at FSLC & MoMA, and here are my thoughts on those three!
. 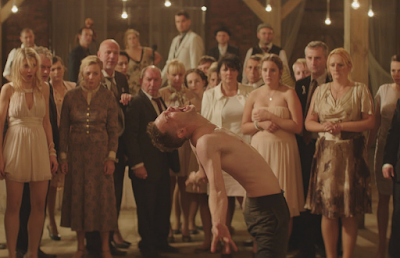 Demon -- It's hard to shake the real-world tragedy surrounding Demon, which I only knew of after seeing it - this is the final film from Polish director Marcin Wrona, who hung himself not long after premiering the film in Toronto. His body was discovered in a hotel room (he was premiering the film at a local festival) by his new wife - that Demon is about a man whose wedding literally possesses him with evil... well it colors one's opinion, looking back.
.
An opinion which was, and is, quite strong, though. The specter of tragedy that hangs over the film tries to smother out how darkly funny the film is, but doesn't manage - they say that marriage changes a man and Demon has a lot of weird fun with the idea of one's betrothed's ancestral property being a literal haunted pile of bones and horror. It's an off-kilter and surreal expression of commitment's dark underbelly, and I am sad as dirt that we don't get to see where Wrona was going from here.
. 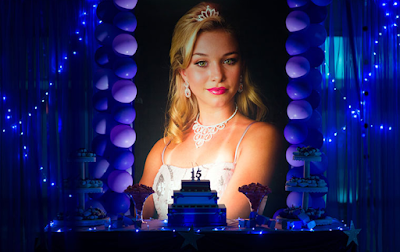 Kill Me Please -- There's a moment late in Kill Me Please where it struck me what a profound effect Charles Burns' brilliant graphic novel Black Hole has had on modern horror - this film and recent American hit It Follows (a much better film) are both steeped in Black Hole's molasses slow molasses black teenage ennui; its budding stoner sexuality laced with hallucinogens. Unlike It Follows that moment comes a little too late for Kill Me Please though - I'd half checked out of the film by the time I'd started sorting its pieces into anything meaningful. There are chunks that work beautifully, images that may haunt me for a long time, but they never quite cohere into a formidable piece.
.
The lip-smacked miasma of pubescent anguish, of hormonal boredom, that hangs over every waking and unwaking moment on the screen, that show promise - if director Anita Rocha da Silveira can summon those same exhausting atmospherics for an actual reason next time around I think she'll really have something. But this is like that fog-green gas-masked party scene in The Virgin Suicides stretched to feature-length; I was smothering, I was smothered.
. 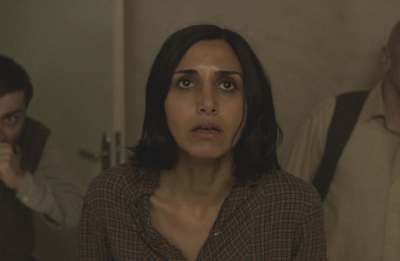 Under the Shadow -- You've got to push through the first forty or so minutes of Under the Shadow to get to the good stuff, but when it comes it comes with jack-in-the-box fierceness and doesn't let up. Cycling us back in time and space to Iran during the Cultural Revolution of the 1980s, in which Westernism was purged from society, Shadow tells the story of Shideh, a woman who gave up her dreams of being a doctor in order to be a mother and wife, and whose resentment and regret over that choice begins as a small gnawing... only to swallow them all up.
.
Speaking of swallowing, gaping mouths are where it's at - windows and craters and those recesses under the bed. The floors and the ceilings take their own turns. This is an encroaching space a la Polanski, and the flecking yellow wallpaper might be a little bit on the nose but who cares when you're jumping out of your seat so much? You'll probably hear comparisons to The Babadook a lot when people speak of this movie and there are similarities but this movie's slightly more interested in being a straightforward horror movie, albeit one with the weight of an entire culture's darkest symbolism coiling around its throat.