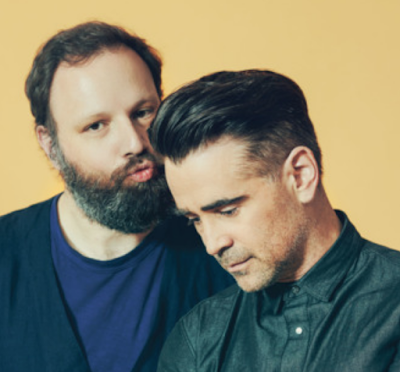 Yorgos Lanthimos is making a Western! His next film will be an adaptation of the 1964 Jim Thompson book Pop. 1280, which is about the psychotically murderous sheriff of a small-town. Well "Western" might be more in theory than in execution since I can't figure out where or when the book is set -- I have not read it. But it sounds right in his wheelhouse in that Wikipedia describes it as "a preposterously upsetting, ridiculously hilarious layer cake of nastiness, a romp through a world of nearly infinite deceit." That's a Yorgos! Do you think he'll hire his muse Colin Farrell again? That lead character sounds like a doozy. Let's get Colin Farrell his goddamned Oscar already! (Also fingers crossed for Yorgos this weekend.)
.
Who? Jason Adams When? 3:57 PM

I've read most of Jim Thompson's books. Several were made into pictures (The Getaway, etc.). One of the great Noir-ist novelists - along with Patricia Highsmith, and the master Cornell Woolrich. Many of his novels take place in Texas/The West but at they time they were written. So, less likely a Western as you know it, more likely similar to The Last Picture Show setting. And it should be filmed in black and white.