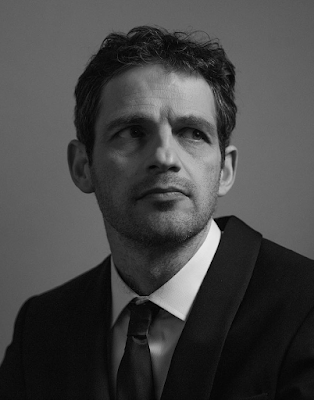 After crowing about my big like for the film called To Dust for an entire year -- I saw and reviewed it at Tribeca last spring -- it's finally hitting theaters in New York and Los Angeles this Friday. (It expands out to Atlanta, Austin, Boston, Chicago, Dallas, DC, Houston, San Francisco and Seattle next weekend.) Watch the trailer here if you don't remember what I'm talking about -- it's the one that stars Son of Saul actor Géza Röhrig as a grieving cantor who looks for answers about the afterlife from a very Election-ish Matthew Broderick as a community college science-teacher.

Anyway I'm using the enthusiastic release of that film, which was produced by Alessandro Nivola, to bridge us to this week's "Beauty vs Beast" over at The Film Experience, which is tackling the other movie about Orthodox Jews & Alessandro Nivola from last year's Tribeca, Sebasitan Lelio's great Disobedience. Click on over to have your vote matter in this crazy world!
.
Who? Jason Adams When? 2:50 PM