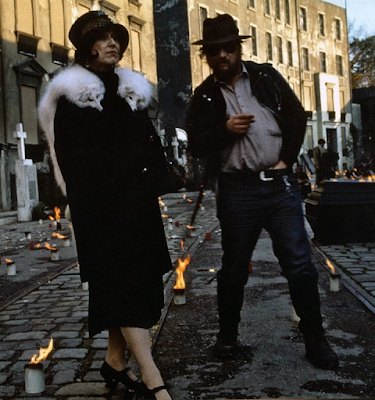 That there is a shot of Rainer Werner Fassbinder (with his mother slash oft-used-actress Lilo Pempeit) on the set of his 16-ish hour miniseries movie Berlin Alexanderplatz, which is out on Criterion blu-ray today. Today! Go buy it today! It's one of the great masterpieces of the moving image and your life will be better on the opposite side of seeing it, I promise you. If you can plow through a season of some shitty Marvel Superhero TV Show you can manage to sit through this. I mean hey, there's gay stuff... 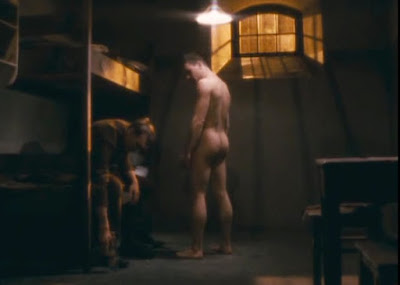 I did the whole thing over the course of a weekend back in 2011 -- you can read my post on that experience right here. It was... overwhelming, to put it mildly, but there's a portion of my brain permanently stamped with the experience; there are things I'll see sometimes -- a shot-glass sitting on a bar, a flurry of sunlight in a dark forest -- that will take me right back to 1920s with Franz Bieberkopf and poor simple Mieze, swaying in the trees, kitten heels scraping the brown city sidewalks. 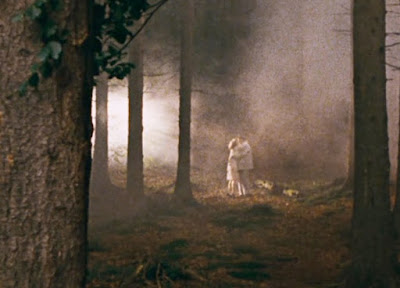 I'm looking forward to taking this plunge with the most important film-maker of our age again, especially now with the brand new restoration for this blu-ray release -- I watched a 2007 documentary included with the set last night that chats with several of the cast members; there's a part where Hanna Schygulla starts reciting the lyrics to John Lennon's song "Imagine" that is weirdly moving, and Barbara Sukowa starts crying at one point about how Rainer saw things in her she didn't know she had -- it was a lot for a Fassbinder fanboy to take in!
.

.
Anyway if you'd like to see a list of all the special
features I've listed them right here after the jump... 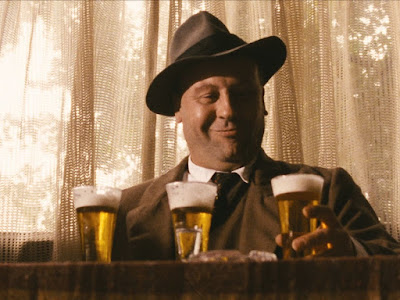 Berlin Alexanderplatz
Rainer Werner Fassbinder's fifteen-hour Berlin Alexanderplatz, based on Alfred Döblin's great modernist novel, was the crowning achievement of a prolific director who, at age thirty-four, had already made over thirty films. Fassbinder's immersive epic follows the hulking, childlike ex-convict Franz Biberkopf (Günter Lamprecht) as he attempts to "become an honest soul" amid the corrosive urban landscape of Weimar-era Germany. With equal parts cynicism and humanity, Fassbinder details a mammoth portrait of a common man struggling to survive in a viciously uncommon time.
BLU-RAY SPECIAL EDITION FEATURES
* High-definition digital restoration by the Rainer Werner Fassbinder Foundation and Bavaria Media, supervised and approved by director of photography Xaver Schwarzenberger, with DTS-HD Master Audio soundtrack
* Two documentaries by Rainer Werner Fassbinder Foundation president Juliane Lorenz: one from 2007 featuring interviews with the cast and crew, the other from 2006 on the restoration
* Hans-Dieter Hartl's 1980 documentary Notes on the Making of "Berlin Alexanderplatz"
* Phil Jutzi's 1931 feature-length film of Alfred Döblin's novel, from a screenplay cowritten by Döblin himself
* Interview from 2007 with Peter Jelavich, author of "Berlin Alexanderplatz": Radio, Film, and the Death of Weimar Culture
* PLUS: A book featuring an essay by filmmaker Tom Tykwer, reflections on the novel by Fassbinder and author Thomas Steinfeld, and an interview with Schwarzenberger
1980 * 902 minutes * Color * Monaural * In German with English subtitles * 1.37:1 aspect ratio
.
Who? Jason Adams When? 11:10 AM