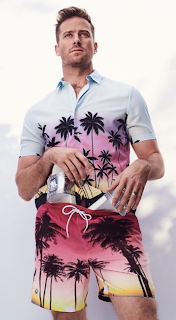 --- Hammer in Pain - If I'd read this news earlier I would have included it in our earlier Armie Hammer post but what the hey, too much Armie ain't a thing (not to mention I missed that shot to the left) - he's set to star in a movie called Dreamland with Gary Oldman (boo hiss how could you Armie after he stole Timmy's Oscar!) and Evangeline Lilly, from Arbitrage director Nicholas Jarecki. It sounds like one of those multi-strand serious-issue thrillers a la Babel or Traffic that were so popular a decade back, only this time it's about the Opioid Epidemic. There are two male leads - a drug trafficker and a university professor and honestly I have no idea between Armie & Gary which would be playing which. That could go either way!

--- Old and Dead - Although they seem to have taken the trailer off of YouTube (I'll check and see if I can find a working link to fix that) I posted a teaser trailer for Nicolas Winding Refn's forthing Amazon series Too Old To Die Young back in June -- it stars Miles Teller and Jena Malone and Billy Baldwin and John Hawkes, among many. Anyway today DH brings us word that Refn is finally nearing completion on the massive thing, which is apparently ten ninety-minute-long episodes, so basically ten films. That will make up for it being three years since The Neon Demon I suppose. 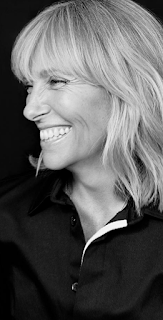 --- Queen Collette - I was sad the first time I found out that Toni Collette's not personally into scary movies all that much (although given I found that out that time I hung out with her having a couple of drinks after a screening of Hereditary I could only be so sad, ya know) but she seems to be getting more at ease with the genre, besides the fact that she's given some of its greatest performances now, given her chat with Out Magazine this week. Loved her embrace of the term "Scream Queen" (she says, "I love the term scream queen. It’s pulpy and kitsch and camp. I’ll take it.") Also loved the news that she's got three projects lined up set to film back to back to back -- this queen of all the kingdoms cannot work too much.

--- Mr Miller Mourns - Ezra Miller has lined up a new project (probably to fill in the gap where his Flash movie should be filming, goddammit), a thriller called The Mourner based on a Japanese novel by Arata Tendo, which was already turned into a Japanese film in 2015. Ezra will play "a mystical young man" (check check and check) who mourns people who have no one else to mourn them who changes the life of an cynical female detective. Sidenote: it doesn't look like the novel's been adapted into English yet.
.. 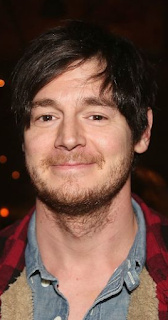 --- There Ben Be - I figured that Our Esteemed Lady Meryl Gummer had had Benjamin Walker buried in a shallow grave when he spurned her daughter's marital bed, never to be heard from again -- seriously when my beloved stage musical adaptation of American Psycho closed Ben just vanished. But hey look he's alive and he's going to star on Broadway with Annette Bening and Tracy Letts! He's be playing one of the sons - it's the titular role! - in a revival of Arthur Miller's post-WWII familial drama All My Sons. (thx Mac)

--- Dog Gone It - On Friday I posted the trailer for Donnybrook, the upcoming cage-fighter film starring Jamie Bell - well Jamie is re-teaming with that movie's director Tim Sutton (as well as his co-star in it actress Margaret Qualley) for a movie called The Chain, based on a short story about a man whose daughter is attacked by a dog, which sets off a series of "catastrophic events." Sounds like a good time for all! Also in the cast, though? Sebastian Stan! That is a good time after all.
.

--- Deeper Idris - Did y'all catch the gifs I posted of Idris Elba on the Tumblr the other day? They're worth catching, is my point. I was inspired by the news that he's lined up a new role and it sounds possibly neat-o -- it's called Deeper (insert dirty pun here) and it's about a deep-sea diver who encounters a "sinister and dangerous force" while exploring a "newly discovered trench." Really there are many dirty things I could insert here, up to and including that part about "inserting" "dirty" "things." That said the dude who directed Jake in the forgettable Everest is directing this movie, and it was written by douchebag Max Landis, so we'll wait and see if we're inserting anything.

--- And Finally, a call to arms! I retweeted this earlier but perhaps you missed it - Jessica Chastain is making a female-led spy-thriller called 355 with X-Men director Simon Kinberg that will have her starring opposite Penelope Cruz, Marion Cotillard, Lupita Nyong’o, and Fan Bingbing (well if China will let Fan star in movies anymore, anyway). They need a slab of man-meat, a hunky equivalent to the "Bond Girl" type, and Jessica's asking Twitter for suggestions! I have been training you people for just this situation for years - go forth and prove me proud, my minions!
.

If you were going to make an ensemble female action movie and you needed a #BondBoy who would you cast? Asking for a friend. #eyecandyneeded pic.twitter.com/MuRL8e2fBq
— Jessica Chastain (@jes_chastain) February 6, 2019

I don´t have twitter, but someone please suggest Mathias Schoenarts to her. There isn´t another option.

I just tweeted Matthias to her, Carlos :)

Lol if she actually hires him, we gotta share the benefits. I don´t know why but when she posted the Daniel Craig gif, Mathias immediately came to mind, he´s the most similar actor. And he fits the european spy feel of the movie, I guess that too..

I'm going to take a different tack and point out that Sebastian Stan has done good work backing up female leads in I, Tonya and Destroyer.

Second Boyd, Sebastian, and Matthias. Add Ed Skrien and Nicholas Hoult as creepy, incestuous brothers for the villains. Throw McCaul Lombardi on top of someone.

First thought I had when I saw Armie was acting with Oldman. It DOES feel like he's cheating on Timmy with the man who stole his Oscar. Very conflicted. At least in "Dune," Timmy has Oscar Isaac, the second best Oscar.

Mike, on the other hand, wasn't Oliver in CMBYN headed for an academic career? ;-)

My first thought was Henry Golding. Wouldn't you love to see him both in and out of a tuxedo?

"so basically ten films" - ugh, get OVER yourself, Refn. Jesus. And I liked Drive, but c'mon.