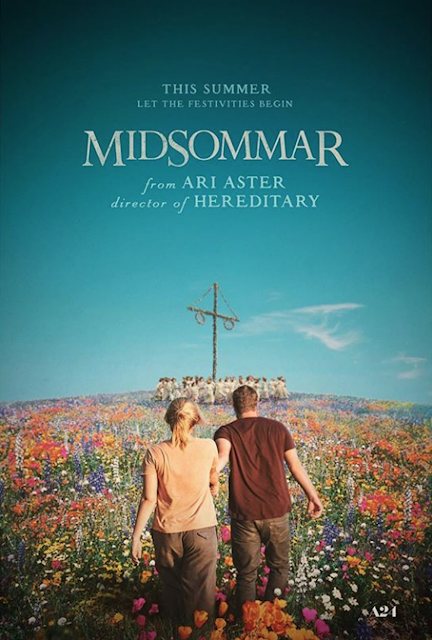 Well there's the poster! A24 has been teasing us all week with hints and bits of Ari Aster's next film, his follow-up to Hereditary (aka my third favorite movie of 2018) called Midsommar which we told you about last July -- well we told you that it was going to star Florence Pugh and Will Poulter and Jack Reynor and that it was going to be his spin on a pagan cult a la The Wicker Man. It looks very Wicker Man already! I like the brightness, the fecundity of it -- Hereditary was so dark this Easter-y palette was probably a relief for Ari. Midsommar is out on August 9th. I wouldn't be surprised if we got a trailer shortly, too.
.