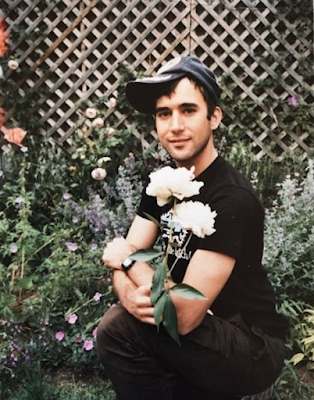 I had no idea until five minutes ago that Sufjan Stevens' song "Mystery of Love" from a lil' movie called Call Me By Your Name, perhaps you have heard me mention it, was nominated for a Grammy last night. And this was apparently Sufjan's FIRST Grammy nomination? That second part answers the "why" of the first part -- I had no idea about any of this because the Grammys are an institution that would go this long without nominating Sufjan Stevens' until now, thereby rendering them long irrelevant to me.

Naturally, because the Grammys blow, Sufjan lost, and even worse he lost to that thoroughly mediocre Lady Gaga song from that thoroughly mediocre (and that's me being generous) film A Star is Born -- as if I needed more reason to hold that film in contempt. All A Star is Born has in its favor this awards season is it's not Bohemian Rhapsody. Anyway while the Grammys were happening I was watching Sufjan's lovely new ballet with Justin Peck here in New York, which is how things should be (see a couple of pictures of Sufjan, not taken by me, at the ballet here). And on that note, thinking of nicer things, here's a picture of Sufjan shirtless backstage at one of his shows... 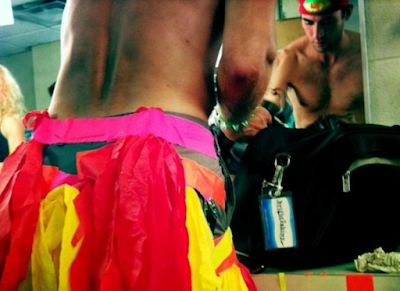 Labels: Call Me By Your Name, Luca Guadagnino, Sufjan Stevens