A Witch in England 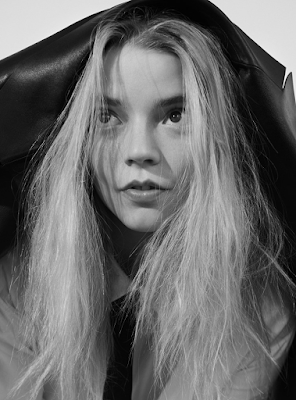 I say this with all due admiration -- Anya Taylor-Joy has a face made for horror movies. Those eyes of her defy the laws of physics and time-space; she doesn't need to act scared -- she just needs to look and her eyes do the walking. That's not to say they render her powerless, a fearful thing -- they just make her strange and otherworldly, something she was able to twist in sinister and powerful directions with Thoroughbreds last year. Anyway they make her perfectly suited to my favorite genre so consider me stoked to read that she's just gotten herself cast as the lead (or one of the leads, anyway) in Edgar Wright's forthcoming long-promised thriller, which now also has a title since we last reported it -- it's called Last Night in Soho. He's compared it to Repulsion and Don't Look Now tone-wise -- I could see Anya channeling the same sort of dazed wounded otherworldly property that Catherine Deneuve had in the former easy-peasy, couldn't you?
.
Who? Jason Adams When? 10:40 AM

Don't forget she was also cast as Illyana Rasputin, also known as Magik in "The New Mutants," a junior team of X-Men. Magik in the comics is the younger sister of X-Men member Colossus. and she's also a powerful sorceress who uses black magic along with her main mutant ability of teleportation.