Don't Not Do What You Said 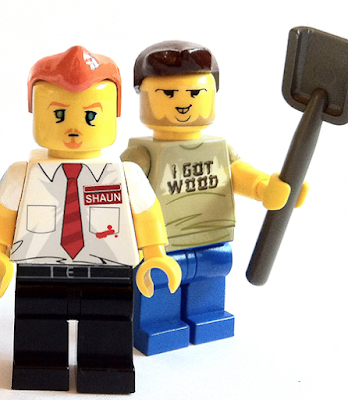 I'm pretty sure if I went back through our archives that I could find quotes from Edgar Wright saying his next movie was going to be a straightforward horror movie since like around the same time he ended up making Scott Pilgrim instead. So basically this entire decade he's been saying this would happen. But he really really means it this time, according to Empire:

"Talking to Empire, Wright revealed his next project is a straight-up psychological horror-thriller – he cites Don’t Look Now and Roman Polanski's Repulsion as influences – set in London, and starring a female lead. “I realised I had never made a film about central London – specifically Soho, somewhere I’ve spent a huge amount of time in the last 25 years,” Wright tells Empire in the new issue, out 24 January. “With Hot Fuzz and Shaun Of The Dead you make movies about places you’ve lived in. This movie is about the London I’ve existed in.” The film will shoot this summer from a screenplay co-written by Krysty Wilson-Cairns."

Krysty Wilson-Cairns was a writer on the (beloved) show Penny Dreadful. Anyway I hope he's telling the truth! I've been reporting on this news every time he's said this news because I want this to actually happen. (Plus it'd be nice to wash the stink of Baby Driver off of everything.) Oh and it's funny that he cites Don't Look Now since his fake horror trailer for Grindhouse in 2007 was this genius...
.
Who? Jason Adams When? 11:43 AM

I always wished Edgar would've made Don't into a full-length movie TBH.

My bf and I STILL sometimes quote "Don't!" to each other at random times.